How far we have fallen. 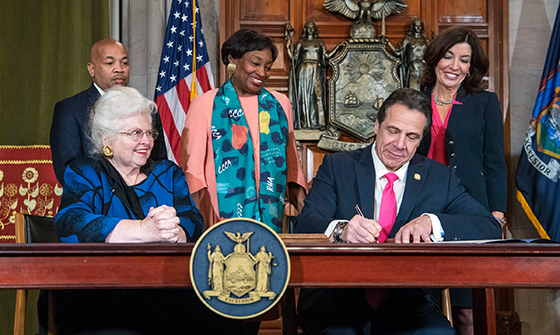 There have been two developments on the abortion front this week. We begin in New York where Governor Andrew Cuomo just signed a measure called the Reproductive Health Act. As is often the case in pernicious legislation, the name is sufficiently euphemized so as to hide its true intent.

In this case, the intent is to dramatically reduce restrictions on late-term abortions. A lot of easily skirted provisions notwithstanding, it is now possible in New York to abort a baby right up until the time of natural delivery.

Regardless of your pro-life or pro-choice stance, in order to understand late term abortion, you need to go online and read how one is performed. There are two primary methods. Sparing you the grisly details (and trust me, they are grisly), suffice to say that under both methods the unborn baby will feel intense pain and will fight for its life. If similar procedures were used against dogs, kittens or just about any other mammal having the same capacity to feel pain and fight to stay alive, there is no way such procedures would be tolerated. Not only would (mostly liberal) animal rights groups be up in arms, so would ordinary Americans of every political stripe.

For additional perspective on late-term abortion, you might also drop by a hospital with a neo-natal intensive care unit – a NICU. There you will see babies that were born prematurely – as early as 24 weeks – fighting valiantly, and more often than not successfully, to stay alive. Look at those babies and understand that the only difference between a NICU baby, and one that the State of New York will now allow to be electively killed, is that the latter is still healthily inside what should be the safety of its mother’s womb.

RELATED: Where does abortion go from here?

Think on that as we now go to Virginia, where similar legislation is being considered. Democratic governor Ralph Northam was interviewed this week on Washington, D.C.’s WTOP Radio. Asked to explain if he would support the proposed measure that would permit abortion even as a woman was dilating and going into labor, the governor said this:

All due respect, governor, I think the proportion is quite clear. At last, the mask is off. Since Roe v. Wade in 1973, our common law has gone from permitting abortions in the first trimester of pregnancy to having a “discussion” between mother and doctor as to whether a helpless but viable human baby gets to live (all while keeping it “comfortable,” of course).

Let’s be clear. This is not your father’s abortion debate. We’re no longer debating a “woman’s right to choose.” That’s so 1990. Here in the 21st century, in the United States of America in our legislative chambers, we’re now debating legalized barbarism.