Jefferson should be concerned. 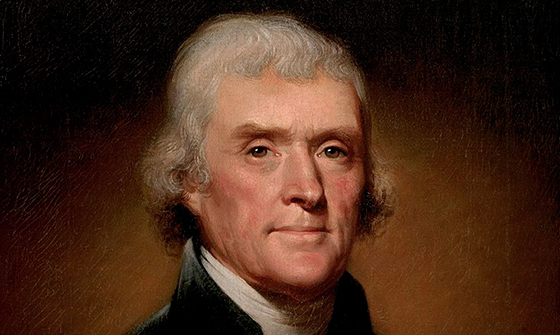 In January 1789 Thomas Jefferson wrote a letter to Richard Price, an English clergyman who had supported the American Revolutionary War. Speaking of the newly ratified U.S. Constitution, and his pleasant surprise that ratification had been obtained, Jefferson said,

It is to me a new and consolatory proof that wherever the people are well-informed they can be trusted with their own government; that whenever things get so far wrong as to attract their notice, they may be relied on to set them to rights.

We offer this quote as background for what a reasonable person might argue is at the root of much that currently ails our republic.

In the past four years, things have happened in the highest precincts of our national government that at one time we would have never imagined. Time and space are short, so the list is only partial.

We now know, via written and audio record, of wrongdoing on a massive scale by the Department of Justice, the FBI and top members of the Obama administration. We now know that the DOJ prosecuted Michael Flynn, a decorated Army general and newly appointed member of an incoming presidential administration, even though they fully knew that he had committed no crime.

We now know that Democratic presidential hopeful Joe Biden, when he was vice president, threated to withhold U.S. aid to Ukraine unless Ukraine president Petro Poroshenko fired the prosecutor that was looking into severe corruption involving Biden’s son.

We now know that top Obama administration officials went to extraordinary lengths to sabotage the incoming Trump administration following the 2016 election. In connection to that attempted sabotage, National Security Advisor Susan Rice wrote an email – in literally the waning seconds of the Obama administration – for no other plausible reason than an attempt to create an after-the-fact cover story.

We know these things, and others like them, that have “gone so far wrong.” The “we” in this case consists of you and I, who consume talk radio, the Fox News Channel and a handful of websites (including this one).

Yet, there is almost no coverage of these things “gone so far wrong” in the so-called ‘mainstream media,’ from which a majority of Americans still get their news. With the possible exception of some excellent reporting on the Flynn case by Catherine Herridge of CBS, the media is deliberately silent – and millions of American remain uninformed, rather than well-informed.

No, the biggest threat to the American republic is entrenched corporate media that is as corrupt as those upon whom they should be reporting. For the sake of the republic, it is the media itself that must be ‘set to rights.’