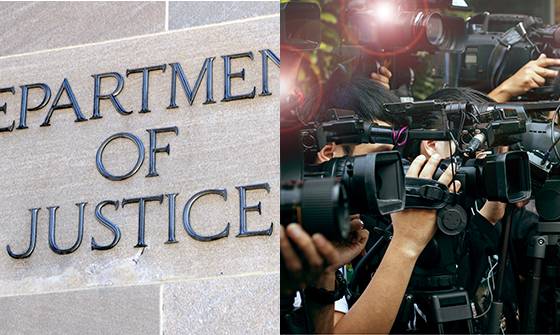 There are two institutions in our country that cannot operate effectively in the absence of public trust. Both institutions – acting almost as if in concert – have aggressively forfeited that trust.

Let’s take them in order.

The United States Department of Justice has allowed itself to be used as a tool in what is arguably the single worst political scandal in America’s 231-year history as a constitutional republic. In the days following Donald Trump’s upset victory in 2016, the outgoing administration set out to negate that election. Toward that purpose, a narrative was concocted along the lines that Trump won because of Russian interference in the election. A desperate quest for evidence to support that narrative was set in motion and any connection whatsoever between Donald Trump and Russia – no matter how innocuous or tangential – would do.

One such connection was a phone call between Michael Flynn – whom Trump had named as his National Security Advisor – and Sergei Kislyak, the Russian ambassador to the United States. Four days after Trump took office, having been set in motion by the outgoing Obama administration, FBI agents who knew what was said in Flynn’s phone call with Kislyak, arranged what they characterized as an informal meeting with Flynn to discuss that call.

The meeting was, in fact, not informal. It was a setup – a perjury trap. It was intended to gain leverage over Flynn so that he might be pressured to cough up something incriminating on Donald Trump.

When the FBI sprang the trap, Flynn, in order to avoid financial ruin and devastation to his family, agreed to cop to a plea for a crime he and the FBI both knew he did not commit. The DOJ has since admitted as much and has moved to dismiss the case against Flynn. That motion for dismissal is worthy reading.

It was a clear case of weaponization of federal law enforcement for purely political purposes. It’s banana republic stuff – antithetical to the ideals and principles of a great nation. It will be a long, long time – if ever – before trust in the Department of Justice is restored.

The other institution with a severe trust deficit is the media – the institution whose proper civic role is enshrined in the first amendment to the Constitution.

The media knows that the entire Russian collusion fiasco, including the malicious prosecution of Michael Flynn, goes all the way to the tippy, tippy top of the Obama administration. It’s the very sort of story for which the founders wrote the first amendment.

The most insidious dishonesty is not the spoken lie but rather the unspoken truth. The studied silence of the media on what should be the story of the century means that most Americans will never fully know what was done to Michael Flynn, why it was done, and why the doing of it threatens their basic freedoms.

You cannot trust the media. You must pray that you never run afoul of a corrupt DOJ.

It has come to this.