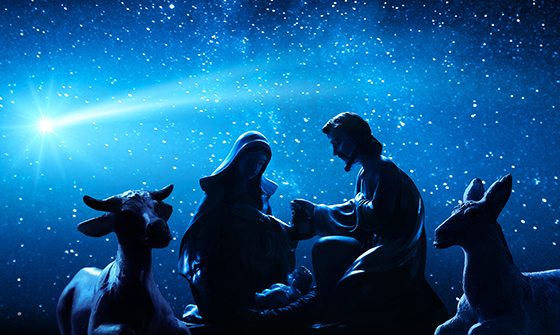 Almost 15 years ago, when this feature was still in its infancy, I decided to establish a You Tell Me tradition — something that we share together on our last visit of the year. That tradition is made possible by one of the best wordsmiths ever to work in broadcasting. His name was Harry Reasoner and he was one of the founding anchors of CBS’s “60 Minutes” and he also anchored for ABC during the 1970s.

As I ponder Christmas 2022, coming as it does when we are beset by rising prices and increasing world tension, I come back to a transcript that I have hung on to for more than 40 years. It was written by Reasoner and delivered on at least two occasions, once on “60 Minutes” and once when he was an anchor at ABC. He said before he died that it got him more mail than anything he had ever done.

So, in what continues as a You Tell Me tradition, here again is what Harry Reasoner said:

So, it goes beyond logic. It is either all falsehood or it is the truest thing in the world. It’s the story of the great innocence of God the baby – God in the form of man – and has such a dramatic shock toward the heart that if it is not true, for Christians, nothing is true.

One final thought, also now a You Tell Me tradition. If the Christmas Spirit is, again, not coming easily to you, consider the words of another of my favorite wordsmiths. His name was Charles Dickens and in his literary opus, “A Christmas Carol,” he said,

So it is, Mr. Dickens. And God bless us, every one.