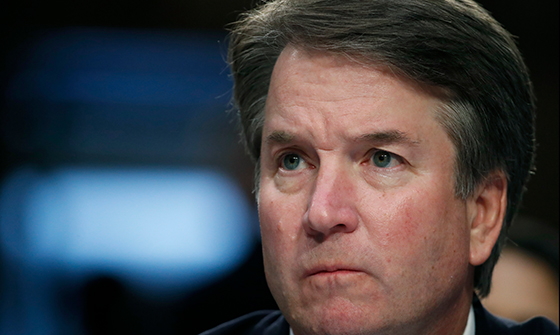 Now that a 36-year old charge of attempted rape has been raised against Supreme Court nominee Brett Kavanaugh, one of two things must happen to avoid severe damage to the republic.

The first is that Christine Blasey Ford could convince reasonable observers that she’s telling the truth. Protestations from the Left to the contrary, there is at this moment more than ample room for doubt. Ms. Ford’s story of having been sexually assaulted by Kavanaugh while the two were in high school was set forth in a letter that she sent to California Senate Democrat Diane Feinstein. Sen. Feinstein sat on that letter from July 30 all the way through the Senate confirmation process – a process during which Sen. Feinstein met personally with Kavanaugh – only to release it in the 59th minute of the 11th hour.

Ms. Ford’s tardiness in bringing the accusation – 36 years – coupled with Sen. Feinstein’s tardiness in calling it to the attention of the Senate Judiciary Committee – is enough to raise the suspicions of even the least cynical among us.

Too much detail is missing from Ms. Ford’s recollection. Where did the incident happen? In what year did it happen? Who else was at the “gathering” of which she speaks in her letter? Ms. Ford can answer none of these questions. There is exactly zero corroborating evidence to support Ms. Ford’s charge. On the strength of her allegation as it now stands, no prosecutor in the country would open a case.

Further damaging her claim is the absence of a subsequent pattern of behavior on the part of Brett Kavanaugh. In stark contrast to the allegations that felled such luminaries as Harvey Weinstein, Bill Cosby, Matt Lauer and others, no other woman has come forward against Brett Kavanaugh. Dozens have come forward in support.

If Brett Kavanaugh is the sort of man given to sexual assault against women, we should see it in his behavioral history subsequent to a single, decades old alleged incident. Put simply, we need more than the hazy, late-in-the-game and strategically timed recollections of an event from 36 years ago to scuttle a judicial nominee with an otherwise impeccable personal and judicial record. Therefore, Ms. Ford needs to convince us.

RELATED: If Brett Kavanaugh were Roman Polanski, he’d be confirmed.

If she can’t, there’s only one other option. Brett Kavanaugh’s nomination should be sent to the Senate floor and Republicans should confirm him forthwith. If too many Republicans go squishy and weak-kneed and withhold a confirming vote, the Democrats win for all time. No truly conservative jurist will ever be confirmed to the high court ever again. Indeed, few will even accept a nomination. If the charge alone is decisive, the charges will never stop coming.

It’s interesting that Democrats lionized Ted Kennedy, at whose hand a young woman actually died. The same for Bill Clinton, who was very believably charged with rape by Juanita Brodderick.

But that’s how Democrats roll. And if they take down Brett Kavanaugh on nothing more than a hazy allegation, they’ll continue to roll…right over the Constitution.