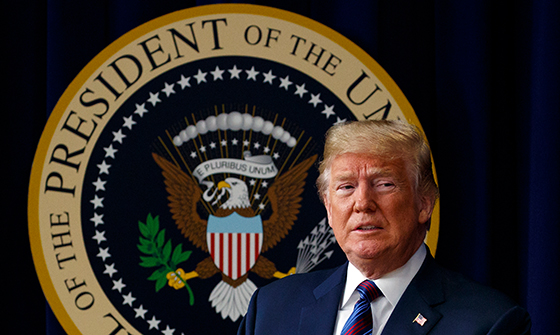 If you’re a personality voter – as many people are – you likely can’t stand Donald Trump. People don’t just dislike President Trump, they hate him. And that hatred is almost totally rooted in distaste for his personal characteristics. Objections revolve around his past episodes of vulgarity and sexism, his often intemperate Tweets and his very outspoken, very rough verbal treatment of those who oppose him.

To say we’ve never had a president like Donald Trump isn’t quite accurate. Harry Truman was blunt and often very coarse. Several 19thcentury presidents – John Tyler comes to mind – were much more intemperate in their behavior than Donald Trump. But it is true enough to say that few of us alive today have seen a president anything remotely like what we have now.

President Trump’s personality stands in such contrast to the presidents of recent memory that the contrast is jarring. His confrontational, unfiltered style – particularly toward those who oppose him – is driving hatred that goes well beyond mere philosophical or political opposition. Those who hate Donald Trump hate him personally more than they have hated any national political figure in recent memory, including Richard Nixon.

But what I almost never hear from Trump haters is objection to him based on his policies. The conversation seldom gets that far. Find yourself in a debate with a Trump hater – as is, on occasion, an occupational hazard of mine – and I have found that you can bring it to a fairly swift conclusion if you can pivot the conversation to his policy successes.

Since Donald Trump took office, the U.S. economy has taken off in ways that we were only recently told was no longer possible. We remember the prior administration’s admonition that anemic, sub-two percent economic growth constituted a “new normal” in the United States. We were just going have to get used to it. The economy has now gone six quarters with growth near or above three percent.

The number of unemployed in the U.S. now equals the number of job openings, meaning that the country is at statistical full employment. Black and Hispanic unemployment stand at all-time lows. Small businesses are hiring. Paychecks are growing. The food stamp and welfare rolls are shrinking.

Business and consumer confidence are both at historic highs. Business births now – again – exceed business deaths. Companies are bringing capital and manufacturing back from offshore.

Foreign policy successes are also numerous – among them an incipient success with North Korea. It remains to be seen what will happen, but there is more substance and more promise with respect to the U.S. position vis. a vis. North Korea than at any time since the Korean War.

And stop for a minute and ask yourself this. When is the last time that ISIS made the news?

For you personality voters, I get it. I, myself, often find Trump’s personality hard to take.

But I’m not a personality voter. I’m a policy guy. And on policy, Donald Trump is on a roll.