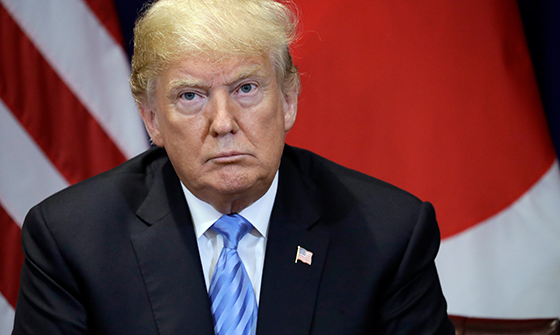 Countless articles have been written and thousands of quotables from notables have issued on the need for our political discourse to be more civil. “Civility is an essential component of our American system of Democracy,” says a piece at NBCNews.com. Indeed, it seems that politics in America has hit a disheartening low.

I think I have the answer. Donald Trump happened. If Donald Trump had flamed out early in the primaries – to the laughter and amusement of establishment types on the left and the right – the political seas today would be much calmer. Failing that, if he’d had the good grace to lose to Hillary Clinton, as nearly everyone agreed he was certain — nay, obligated — to do, today’s political temperature would be much cooler.

This unimaginable event had the effect of exposing the excesses of deep state bureaucrats and high-ranking Obama era officials. Secure in the knowledge that Hillary Clinton was going to win, the big cheeses at the FBI, the Department of Justice and in the intelligence agencies behaved in ways they wouldn’t have had they believed that a Republican administration could one day hold them to account. If Trump hadn’t won the election, none of us would know the names of Peter Strzok, Lisa Page, Andrew McCabe, et. al. James Comey would likely still be FBI director.

Exposed as this crowd is now, their only real safety lies in a coup. Thus the attempt to end or severely cripple Donald Trump’s presidency by whatever means necessary.

But Trump not only won, he compounded the felony by keeping his campaign promises. That’s apostasy in politics no matter one’s party. In the case of Republicans, it’s perfectly OK to promise to reduce federal regulation during the campaign. But actually doing it? And having it make a material impact on the economy? It just isn’t done.

Worse yet, Trump’s economy started taking off. After being told for eight years that the U.S. economy would never grow at three percent again, we see it blow past that benchmark toward four percent and beyond. Unemployment is at historic lows. Food stamp dependency is falling. Success that can be felt by ordinary Americans in their checking account balances exposes Democrats as flatly wrong and establishment Republicans as serially ineffectual. Unforgivable!

Then there’s foreign policy. Trump was supposed to make a hash of it. Instead, ISIS-inspired terror events have essentially stopped. Rockets are no longer taking off from North Korea. NATO signatories are starting to pony up while the Israelis and the Saudis are getting along. All the while, Donald Trump actually fights back against the media, in direct contravention of the Bush/Romney model of gentlemanly acquiescence.

None of this was supposed to happen, but it has and it’s deeply threatening to essentially every Dem and far too many Republicans. So the shrieking and foaming at the mouth gets worse. And so long as Trump keeps succeeding, civility will be in very short supply.

Get used to it.