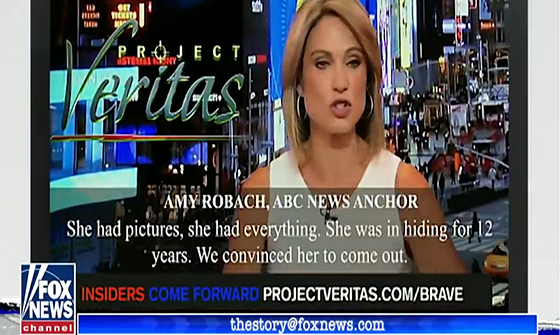 Europe’s guilds are long gone but in the 21st century New World we find ourselves with a new guild. Call it the Media Guild.

Like the guilds of medieval Europe, the Media Guild operates under a code of common standards. Its individual members, though nominal competitors, routinely help one another. And above all, the Media Guild works hour-by-hour to maximize its political influence.

The Media Guild’s existence has been made evident by its response to a hot mic recording of ABC anchor Amy Robach talking about her reporting on convicted pedophile Jeffrey Epstein. You remember Jeffrey Epstein. Until his (suspicious) jailhouse suicide, Epstein was a high-rolling New York financier and big pal of, among other lefty luminaries, former president Bill Clinton.

In the recording Ms. Robach candidly laments the fact that three years before his arrest in July 2019, she had a fully developed story ready to go to air on Jeffrey Epstein. After painstaking effort, Robach had convinced Virginia Roberts, who for years had served as a sex slave to Epstein while she was still a minor, to come forward. Said Robach:

She had pictures, she had everything. It was unbelievable what we had… We had [Bill] Clinton and everything.”

Yet, as Robach complained on the tape, ABC spiked the story. Robach speculates that because Britain’s Prince Andrew was implicated, the Palace put pressure on ABC and ABC, fearful of losing an interview with Prince William and Princess Kate Middleton, killed the story.

But my ears perked up upon hearing the word, “Clinton.” ABC’s ties to the Clintons are well known. Among the most visible of those ties is ABC Chief Anchor George Stephanopoulos. Before joining ABC, he served as Communications Director in the Clinton White House. If ABC spiked the story on account of Bill Clinton, it wouldn’t be the first time a legacy media outlet acted to protect the Clintons.

When the story of the Robach hot-mic tape broke, ABC issued a weasel-word statement saying that Robach’s story was withheld because it was not sufficiently corroborated as to meet ABC’s high journalistic standards and blah, blah, blah. (In issuing the statement, ABC offered no explanation as to how, as recently as September of last year, completely uncorroborated reporting concerning then Supreme Court nominee Brett Kavanaugh managed to clear ABC’s high journalistic bar.)

There is no version of this story in which ABC doesn’t look positively awful, if not evil. If ABC withheld a story of grotesque abuse of underage girls for three years in order to, at best, protect access to an interview subject or, at worst, protect a political crony, it is an act of nearly unimaginable cynicism.

If it were me running the newsrooms at any of NBC, CBS, the Washington Post, the New York Times, et.al, the story of ABC’s journalistic malpractice would lead the newscast or run above the fold. Yet from the august members of the “legacy” media we have heard exactly nothing. Not a second of air nor a pica of type.

And it actually gets worse. ABC convinced CBS to fire Ashley Bianco, a former ABC producer who was suspected – incorrectly as it turns out – of leaking the Robach tape.

That’s how it works when one is a member of a guild. A guild’s first order of business is to protect the common interests of its members. Chief among the interests of the Media Guild is its members’ common cause with Democrats and high profile liberals. If you have any doubt about that, ask yourself if you seriously believe that ABC would have spiked Amy Robach’s story if the principal subject of it had been a wealthy Trump supporter – say for example Las Vegas mogul Sheldon Adelson?

No, I don’t think so either.

So, is it any wonder that polls show that a staggering 69 percent of Americans no longer trust the media?