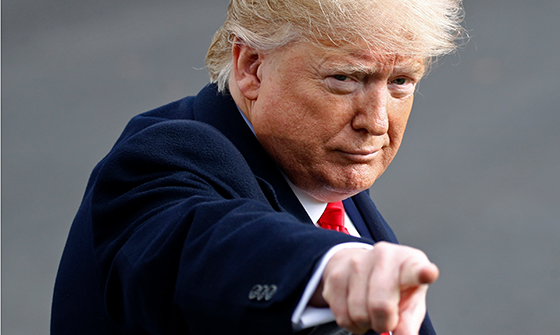 The word of the week is “punctilio.” It means, according to Webster, “careful observance of form, as in social conduct.”

The word, punctilio, comes to our attention via a speech given last Friday by Attorney General William Barr to the Federalist Society, a conservative legal group based in Washington, D.C. Said the Attorney General:

While the president has certainly thrown out the traditional Beltway playbook and punctilio, he was upfront about what he wanted to do, and the people decided they wanted him to serve as president.”

General Barr’s astute observation goes a long way toward explaining the three years of discord and political mayhem that has plagued President Trump since the morning after the 2016 election. It helps explain the Mueller investigation into Trump-Russia “collusion” that landed with a thud. It explains the Mueller investigation sequel – a.k.a. the current House hearings on impeachment – which will, in due course, also land with a thud.

But at no time in living memory have we seen a reaction to a presidential election like this one. In elections past those on the losing side have always picked themselves up and dusted themselves off so as to start all over again for the next cycle. But not this time. Three years on, Election Day 2016 is still being litigated.

Democrats and their media handmaidens are simply beside themselves over what they view as two catastrophic developments. The first is that the unenlightened Wal-Mart shoppers of flyover country somehow managed to override the superior judgement of the coastal elites and impose upon the country a buffoonish reality TV star in the form of Donald Trump.

The second is that Donald Trump has, just as he promised, proceeded to “throw out the traditional Beltway playbook and punctilio.”

The impeachment hearings have made this clear. When you listen to the career intelligence agency and State Department bureaucrats that have testified before Adam Schiff’s impeachment committee, what you hear over and over and over is their deep personal disdain. For one thing, they are deeply offended that Trump isn’t doing things the way they have always been done. For another, they are deeply offended that Trump doesn’t defer to them in the way that they feel they deserve.

And for the topper, they just can’t stand the way Trump walks and talks and tweets.

What they, the Democrats and the media all fail to understand is that to a broad swath of American voters, Trump’s disdain for Beltway punctilio isn’t a bug. It’s a feature. He didn’t hide it. He ran on it and got elected on it.

Which leads inevitably to this conclusion. Boiled down the Dems and the media aren’t really mad at Trump.

They’re mad at us.