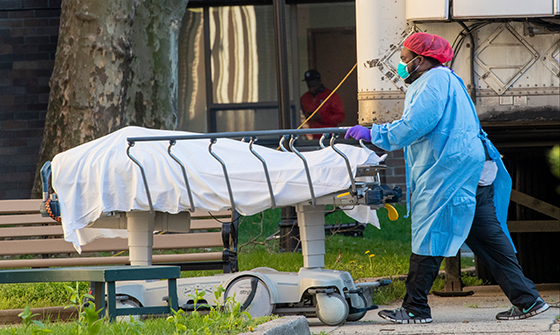 We’ve all heard the old bromide that says, “Experience is the best teacher.” I would go on to say that perhaps it is the only teacher. Such has certainly been the majority of my observation with respect to raising kids. You can tell your son a thousand times to leave dad’s pocketknife alone. But that admonition doesn’t have meaning until the kid slices his finger with it. (Yes, I’m that kid.)

So it may prove to be with respect to two key policy positions of President Donald Trump. From the speech that he gave at the bottom of that escalator in June 2015 right up until today, Trump has been absolutely consistent on two subjects: border security and China.

Today’s piece deals with the former. Next week, we’ll take up the latter.

For at least the past 30 years we as a society have willfully ignored the obvious health risks attendant to letting people sneak into our country. And we have largely – albeit not totally – gotten away with it. But truth be told, disease does not respect borders and as a result, a responsible nation should.

Let us stipulate that the COVID-19 virus likely came into the United States via passengers arriving here legally on airliners inbound from Asia. But that stipulation doesn’t change the fact that a dangerous pathogen could have just as easily come in via our porous southern border. It didn’t this time. But it could the next – and will eventually.

If we want a free society that conducts business around the world, we have little choice but to accept the risk that disease – potentially devastating disease – can come into the country via the International Arrivals area at the airport.

But we don’t have to accept the risk of disease entering the country via illegal immigration. If we bear that risk, we do so voluntarily and at our peril. Forget the negative economic effects of illegal immigration. For now, don’t think about the impact on the wages of U.S. citizens on the lower rungs of the employment ladder. Never mind the additional burden illegal immigration places on our already overburdened social safety net.

Just look at the human and economic devastation brought about by the importation of the COVID-19 virus and ask yourself the question: Why would a high-functioning nation like the United States magnify that risk by orders of magnitude by allowing a million people or more per year to sneak into the country completely unvetted and unscreened?

Foreign nationals that legally apply for either a ‘green card’ or U.S. citizenship are required to see a doctor and be checked for, among other things, communicable disease. The question begs, why bother when we let tens of thousands of people in every month without so much as a look?

Donald Trump has been right all along about illegal immigration. Perhaps our currently shared experience of thousands of premature deaths and widespread economic devastation will help convince us of that fact.

Next week, we take up China.