The media avoids the biggest political story of a generation. 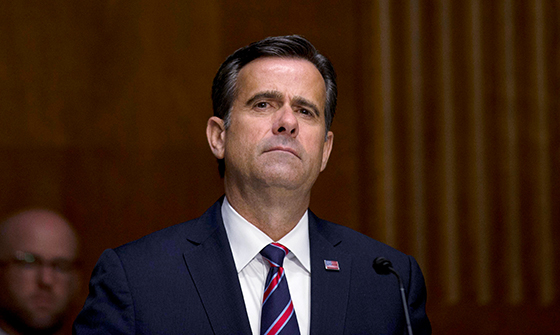 A really big tree fell in the forest this week. But the legacy media is working overtime to make sure that no sound is detected.

Here’s the story. John Ratcliffe, the Director of National Intelligence, released about a thousand pages of documents, many of which had been previously classified.

John Ratcliffe oversees the country’s 16 intelligence agencies – including the CIA. He’s held the job since May 26 of this year. Prior to being appointed DNI by President Trump, he was a Member of Congress from Texas’s 4th District, which at one time encompassed Tyler.

In a country with a normally functioning press, Ratcliffe’s doc dump would be, as President Trump would describe it, yuuuuge. It confirms beyond doubt that Hillary Clinton, with help from the highest levels of the FBI and the Obama administration, cooked up a plan to falsely tie candidate Donald Trump to Russian hackers during the 2016 presidential election. The goal was to deflect attention from Mrs. Clinton’s email scandal.

From that plot sprang the Russia collusion narrative and the Mueller investigation that roiled the country for nearly three years.

Among the thousand-odd pages that Ratcliffe released are the handwritten notes of then CIA director John Brennan. Brennan made those notes following a briefing on the scheme that he gave to President Obama in July 2016.

Ratcliffe’s documents further reveal that Brennan referred the matter for investigation to then FBI director James Comey and Comey’s lieutenant Peter Strzok. The documents are moderately redacted and it takes some concentration to follow the names, dates and events. But I’ll spare you the trouble.

All you need to know is that everyone — from Brennan to Comey to Strzok to Obama and, without a doubt, Joe Biden – knew from the jump that the entire “Russia collusion” narrative was a complete crock.

They also knew from the very start that the “intelligence” that was being used as the basis for obtaining FISA court warrants to surveil the Trump campaign was also a crock.

And yet they inflicted it upon Donald Trump – and the country — anyway. They did so in order to prevent Trump’s election and, failing to do so, to invalidate that election.

In more humid parts of the world they call it a coup.

It’s arguably the biggest political scandal in our history. But most of the country has heard little about it. Many millions of people listen to Rush Limbaugh on the radio and watch Sean Hannity and Laura Ingraham on the Fox News Channel. But many millions more Americans don’t. They still get their news from legacy sources like ABC, CBS, NBC, the New York Times, et. al. And those outlets are actively avoiding the story – even though it’s perhaps the biggest political story of this generation.

…the national political media is so rabidly hostile to President Trump that they have spontaneously assumed the conduct of the Democratic campaign themselves.”

Yes they have. And it’s a national disgrace.