A vote for fathers. 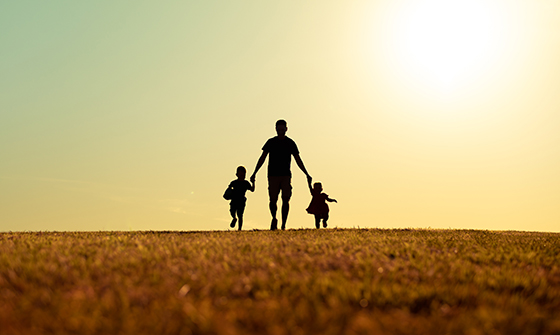 On this Father’s Day weekend, I’m reminded of one of the few times I ever agreed with Barack Obama. In a guest sermon that he delivered on Father’s Day 2008 at the Apostolic Church of God in his hometown of Chicago, then-candidate Barack Obama said this:

Of all the rocks upon which we build our lives, we are most dependent on the family. The family is that most important foundation. And we are called to recognize and honor how critical every father is to that foundation. They’re teachers and coaches. They’re mentors. And they’re role models. They are examples of success, and the men who constantly push us toward success.”

But if we’re honest with ourselves, we’ll admit that too many fathers are also missing – missing from too many lives and too many homes. They’ve abandoned their responsibilities, acting like boys instead of men. And the foundations of our family have suffered because of it.”

As I sit down to write this it dawns on me that it will soon be true that I will have spent more time on Earth without my dad than I got to spend with him. Yet because my dad wasn’t missing from my home, because he did take his responsibility seriously, he’s still here. I am reminded of that frequently when I’m talking to either of my two daughters. Often it is true that while it may be my lips that are moving, it’s my dad’s voice filling the room.

Countless sociological and academic studies have all said the same thing. Many of the problems that plague our society and that trap millions in inescapable poverty – the illiteracy, the crime, the drug dependence, the un- and under-employment, the high mortality and the general anger born of hopelessness – all problems that have proved themselves to be beyond the reach of billions of taxpayer dollars and countless government programs – would largely solve themselves if the men who impregnate women would stick around to be fathers (or rather ‘dads’) to their children.

The dads of my growing up, after having saved the world from Hitler and Tojo, went on to put men on the moon and build the most prosperous society in all of history.

But at the same time, well-intentioned but fatally flawed liberal welfare programs, together with a militant strain of feminism that rejects the value and worth of men, began eroding the role of American fathers. With that erosion went the respect and reverence we once had for them. The resulting societal pathology now stands on vivid display.

It’s an election year and we’re going to vote in a bunch of politicians that we hope will do better than the ones we have now. But if we vote fathers back into American homes, the politicians we pick won’t matter as much.

And that would be an altogether good thing.