The Elites v. the Normals 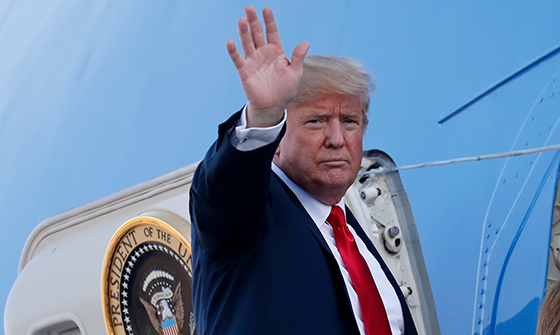 I recommend to your attention an article by Kurt Schlichter at Townhall.com titled, “It’s Undeniable: Trump is Blessed With Stupid Enemies.”

In an entertaining and delightfully wry piece, Schlicter explains that President Trump succeeds because of, 1.) his refined capacity for stating the obvious, coupled with; 2.) the Left’s penchant for pushing themselves into completely ridiculous and utterly indefensible positions.

Take border security, for example. Ordinary Americans (to whom Schlicter refers in has article simply as, the “Normals”), know that we cannot allow millions of people from failing Third World countries – “festering hellholes” by Schlichter’s description – to stream into the United States, bringing with them poverty, crime and unremitting social welfare demands. Yet, by advocating the outright elimination of the Immigration & Customs Enforcement agency – ICE – the Left is essentially advocating that very outcome. Absent ICE, or something like it, the borders become effectively open.

To the extent that the president’s repeated call to secure the borders either lacks sufficient nuance or comes too close to actually enforcing the law for the tastes of the elite establishment Right, it’s outright apostasy to the elite establishment Left. But for normal Americans – i.e. people who don’t live in New York, San Francisco, Hollywood or Washington, D.C. – it’s simple common sense. We need secure borders. The Normals are with Mr. Trump on this one.

The president goes to Europe and dares call upon NATO members to actually do what they agreed to do when the alliance was formed, which is to say, contribute two percent of their national gross domestic product to their own defense. Elites on the left and the right sputter and fume. But Normal Americans say, “Wait, these countries have been sponging off of us this whole time? Why didn’t somebody say something before now?” Score a commonsense win for Mr. Trump.

Disgraced FBI agent Peter Strzok goes before a congressional committee and smirks and condescends and generally thumbs his nose when questioned about his apparent efforts to use the powers of the FBI to advance Hillary Clinton while derailing Donald Trump. The Left hails him as a hero – one Democrat imbecile in Congress suggesting that for suffering to testify, he should earn a Purple Heart. But to the Normals, Strzok came off, as Schlicter puts it, as a “skeevy bureaucrat who delights in jamming up other people with the rules he ignores.” Score another heartland win for Mr. Trump.

There are other illustrations in the article and it’s very much worth your time. The takeaway is this. It’s the Elites vs. the Normals with the Elites having had the upper hand for most of 30 years.

Then along came Donald Trump with his amazing capacity to call out the Elites by trenchantly stating the obvious. Suddenly the Elites of both Left and Right find themselves totally naked and exposed.

And the fun thing is, they still can’t figure out what hit them.