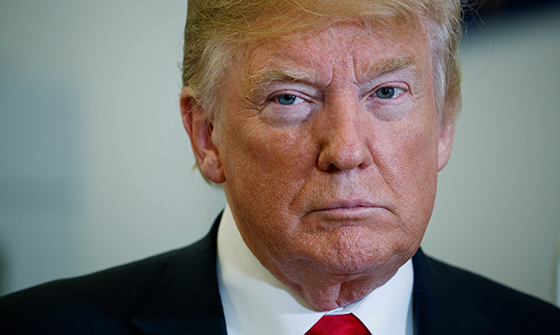 Let us stipulate that President Trump’s press conference following his meeting with Russian president Vladimir Putin in Helsinki a couple of weeks back wasn’t his finest hour. Though generally quite adept at such unscripted events, he stumbled this time. I have no doubt that he is resolved to do better next time.

With that said, the reaction from the Left has been utterly unhinged. For my money, the worst of them all is former CIA director under Obama, John Brennan. Brennan completely wigged out, saying, among other things, that the president’s press conference performance;

…rises to & exceeds the threshold of ‘high crimes & misdemeanors.’ It was nothing short of treasonous.”

Let’s return to this planet and at least make an attempt at some objective analysis of President Trump’s foreign policy so far. Mr. Trump has an unorthodox style as it applies to U.S. presidents. His style has likely baffled his international opponents even as it has enraged his domestic critics.

Here’s an example. On the one hand, Trump met with Russia’s Vladimir Putin in Helsinki and China’s Xi Jingping at Mar-a-Lago and in both instances called them, “good guys.” Meanwhile, on the other hand, he expanded the U.S. military budget principally for the consumption of Russia and China. Breaking with his predecessor, he took the advice of his military brass regarding readiness.

To make himself understood by Xi and Korean leader Kim Jong-un, he moved a good portion of the Pacific fleet off the coasts of China and Korea and directly challenged Xi in the South China Sea. So that Putin would have no confusion, he provided weapons to Ukraine to fight the Russians, drew a red line in Syria regarding chemical weapons and then, when that red line was crossed, actually enforced it with missile attacks that killed Russian troops.

Again breaking with his predecessor, he has firmed up our relationships with key allies Japan and Israel. One is key in dealing with China. The other is key in dealing with ISIS, Iran and the broader Middle East. He has taken back essentially all of the territory conquered by ISIS during the previous administration and greatly curtailed that malign organization’s capacity to commit mayhem.

With respect to the Middle East’s strategic impact on the United States, Mr. Trump has unleashed domestic energy production to enormous effect. As it pertains to having leverage over the U.S. economy, OPEC is a shadow of its former self.

Which brings us to the economy. Most significantly, Mr. Trump has recognized the importance of the U.S. economy in world affairs and has taken concrete steps that have strengthened it dramatically. The U.S. dollar is again the world’s undisputed reserve currency.

Any intellectually honest observer is forced to admit that the world is safer today for the U.S. and its allies than it was two years ago. So, somebody please tell John Brennan to put a sock in it.

And let’s spot the president a Mulligan on the Helsinki press conference. He’s earned it.