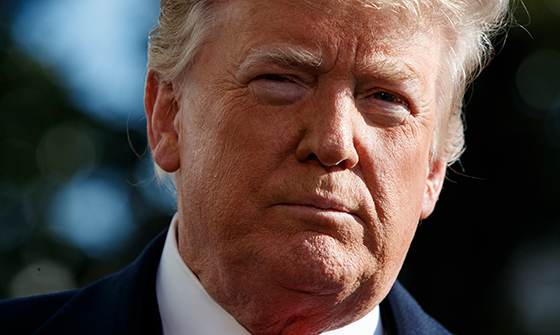 According to Webster, a ‘tipping point’ is defined as, “the critical point in a situation, process or system beyond which a significant and often unstoppable effect or change takes place.” On the strength of that definition, it is fair to say that Donald Trump arrived at the White House to find tipping points everywhere he looked.

Let’s start with illegal immigration, the issue that more than any other got Trump elected. By the time Barack Obama left office, America’s southern border was viewed as little more than a nuisance by those seeking to enter the country illegally. To be fair to Obama, it wasn’t entirely his fault. Bill Clinton and the two George Bushes who preceded Obama did little of substance to secure the southern border or to dissuade those who would come into the country illegally.

Donald Trump was able to successfully campaign on the subject of illegal immigration precisely because a majority of voters in a majority of the states recognized that illegal immigration was at a tipping point. Voters recognized that if allowed to continue as it had during the Obama years, the effect of ‘unstoppable change’ would be realized as it pertained to American demography, culture and social welfare.

This month’s migrant caravan – a last ditch effort by world leftists to impose open borders on the United States – had it succeeded in overwhelming Customs & Border Protection, would have encouraged countless caravans to follow. A tipping point to be certain.

Moving to North Korea (and, in the same breath, Iran). Weak policy dating back at least to the first Bush administration with respect to Iran; and to at least the Eisenhower administration with respect to North Korea; had both countries on the verge of becoming full nuclear powers. Any further delay by the U.S. in standing up to them would have forced the free world to accept the unacceptable reality of a world populated by two unstable nuclear-armed tyrants. Years of alternate appeasement and benign neglect of North Korea; coupled with a disastrous quasi nuclear treaty and its accompanying pallets of hard currency delivered in the dark of the night to Iran; combined to constitute exquisitely dangerous tipping points on two sides of the globe.

Then there’s China. By the time Donald Trump took office, U.S./China relations were at a tipping point. The stark choice for the U.S. was to either stand up to gross trade imbalances, unfair trade practices, intellectual property theft and regional aggression, or acquiesce to China’s goal of global superiority. Blunt instrument though a tariff is, it is better than no instrument at all, which defined China policy for at least the past four presidents.

At all three of these tipping points, President Trump has stood firm and has done so to good effect. Disaster has been at least temporarily averted. Even some of his critics grudgingly admit that Trump’s policies are more effective than those of his predecessors.

Will the media give Trump any credit? Of course not. But We the People certainly should.