Trump has no choice but to be Trump. 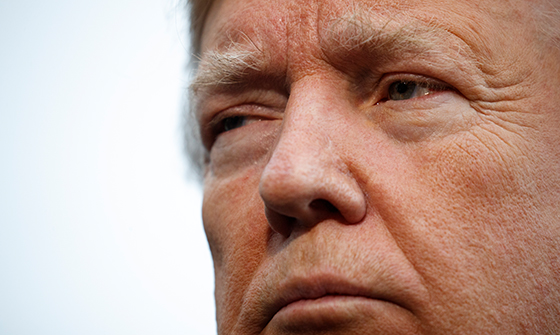 How should a Republican in the second decade of the 21st century conduct himself? The question arises solely as a result of Donald J. Trump.

The question of comportment would never be asked of a “traditional” Republican such as John Kasich or Mitt Romney (or, I almost forgot, Jeb Bush). And the answer to the question, ‘How should a Republican conduct himself in the 21st century?’ is, “Not as Republicans have traditionally behaved if he hopes to win.”

I was pretty much like everyone else in June 2015 when Trump announced his candidacy. I gave him essentially zero chance. But I had a light bulb moment outside a polling place in Manchester, New Hampshire on the day of the New Hampshire Primary. I was interviewing voters as they exited and I asked one young man who he voted for. “Donald Trump,” he said emphatically. “Why so?,” I asked. I can still quote his answer verbatim.

Republicans can either no longer win the presidency or, if one accidentally does, effectively execute the office under the rules to which Republicans have traditionally been bound. The Left has any traditional Republican trapped in a valley down upon which look the media, academia and popular culture as manifest in movies, TV, Saturday Night Live and the late night talk shows.

Conduct your Republican self as a gentleman and the Left will, as it suits their purpose, turn you into a serial rapist. Ask Brett Kavanaugh. (FWIW: a President Romney would have likely abandoned Brett Kavanaugh. Trump, to his credit, held firm.)

It was Trump’s often cringeworthy outspokenness – saying on TV what that young man was yelling at the TV – that won him the election. It’s his combativeness that has him still relevant as opposed to utterly defeated as was George W. Bush.

A Brit asked me once if I’m not sometimes embarrassed by Donald Trump. The answer is, yes, sometimes – momentarily – I am.

But it’s sad to say that Republicans today can no longer afford the gentlemanliness we might prefer. Mitt Romney is a consummate gentleman. He lost. George W. Bush is arguably one of the most decent men to ever hold the office. He left Washington utterly defeated.

So how should a Republican president behave? It’s regrettable but true: if he wants to prevail, he’s going to have to behave at least something like Donald Trump.