The Dems are right. It’s not over. 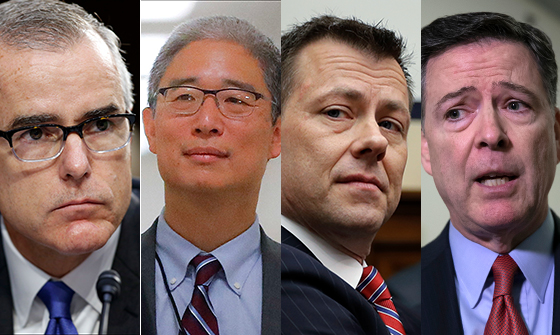 The Mueller report has been released. Attorney General William Barr has summarized it. Deputy Attorney General Rod Rosenstein has signed off on that summary. We now know that the 22-month Mueller special counsel investigation found no evidence of collusion with the Russian government by the Donald Trump campaign.

On the subject of obstruction of justice, Robert Mueller deferred to the attorney general. For his part, the AG has stated that for obstruction to have taken place, the law requires the presence of an underlying crime. The Mueller investigation found no underlying crime.

Barr has gone on to say that he will shortly release all of the Mueller report that he can, subject to existing law and regulation regarding the release of grand jury testimony and classified material.

A sane and reasonable person might then conclude that this issue is closed. It’s over. We can move on.

But Democrats are in no way going to accept that conclusion. That’s of course, no surprise. But the truth is, we on the right shouldn’t let go of it either.

No president, of any party under any circumstances, should have to endure what President Trump has endured these past two years. The assault on the Trump presidency – and by extension on the nearly 63 million Americans who voted for him – is simply intolerable.

I say this with every intention and desire to remain intellectually honest. No matter how much I might loathe a future Democratic Party president – and given the far-left turn that the Democratic Party has taken I can imagine my loathing will be considerable – I will still never endorse a law enforcement-led fishing expedition.

Donald Trump is correct in saying that this must never again happen to an American president. You can’t go flat-hatting through someone’s life looking for a crime. You surely can’t do so if your intent is to overturn a duly constituted election.

Yet now that they have come up empty on the Mueller investigation, Dems are hoping to do just that via the offices of the U.S. Attorney for the Southern District of New York. “He must have done something sometime, let’s go try to find it,” isn’t probable cause.

If Donald Trump were anything less than Donald Trump – that is if he had the personality of a Mitt Romney or a Jeb Bush – this coup attempt might have worked. And let’s be clear, ‘coup’ is the correct word. People at very high levels within the federal government actively worked to overturn a presidential election. It’s a first in our history and it is frightening.

Andrew McCabe, Bruce Ohr, Peter Strozk and James Comey are among others who crossed an un-crossable line in their certitude of a duty to interpose their judgment in place of that of the voters. What isn’t punished becomes emboldened.

It therefore cannot and must not be over. The bad actors must be outed. They must be called to account. They must pay a price.

The very future of the republic depends on it.