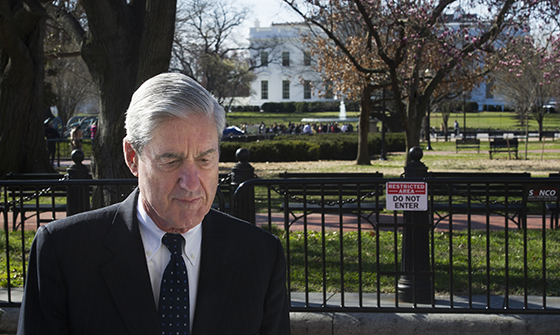 “The glory which is built upon a lie soon becomes a most unpleasant incumbrance.”
— Mark Twain

The words of Mark Twain will never ring more true than they will ring for Democrats and the mainstream media.

The lie, as many of us have known, is that Donald Trump somehow stole the 2016 election by means of “collusion” with the Russians. As Hillary Clinton put it, Donald Trump was “Putin’s puppet.” Of course, political candidates lie all the time and no one would be talking today about any of Hillary’s lies had not one of them been used as the predicate for obtaining a surveillance warrant to spy on the Trump campaign. Opposition research that is pretty much par for the course in politics was trumped up (you’ll pardon the expression) into legal probable cause to assert that national security was at risk.

It was all a monstrous lie. Former FBI Director James Comey knew it. Former Deputy Director of the FBI Andrew McCabe knew it. Deputy Attorney General Rod Rosenstein knew it. And former Attorney General Sally Yates knew it. Yet the deliberate advancement of that lie set off a chain of events that led to the 22-month long Mueller investigation.

OK, fine. Let’s grant all the latitude in the world and simply say “Dems will be Dems,” (all while trying to remember that top law enforcement officials should never be partisan).

But the media is “objective,” right? They report the facts. They call balls and strikes. They have no position save for the truth. Right?

If only it were so. Listen to two years of coverage of the Mueller investigation montaged into 60 seconds.

They were so certain. They spoke with one voice – most of the time using the exact same words and phrases.

And then the Mueller report came out and it all indeed became a “most unpleasant incumbrance.” For the Dems and those high-ranking DOJ employees who knowingly advanced a lie, the incumbrance could rise to criminal prosecution.

For the media, the incumbrance is credibility that has forever been forfeited.