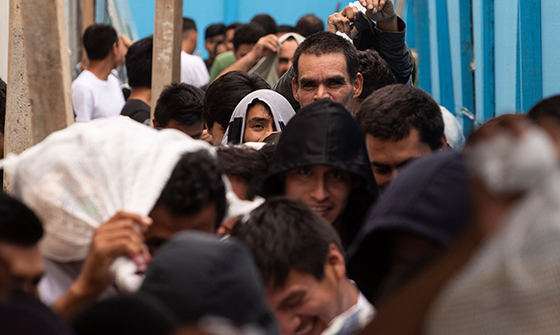 In addition to reinvigorating an economy that had been moribund for most of a decade; and in addition to finally standing up to the likes of China, North Korea and Iran, President Trump has rendered still another valuable service to the American people.

By campaigning on the issue of illegal immigration and by then seeking to actually deliver on the promises made in connection to that subject, President Trump has forced Democrats into the open. Unlike under any past or prospective president named Bush or Romney, Donald Trump has forced the Democrats to plainly and unmistakably reveal themselves. All prior statements, show votes and policy planks to the contrary notwithstanding, we now know that most of the Democratic Party favors open borders. They may pay lip service to “secure borders” or “comprehensive immigration reform.” But by their actions, their inactions and their reactions to Donald Trump, it is clear that most Democrats consider sovereign borders and the enforcement of long-standing U.S. immigration law to be immoral.

So now that we know that Democrats are OK with the thousands of illegal border crossings that take place each day, we must ask them a question.

Beyond looking for the most expeditious way to get them registered to vote, has any thought been given as to how to accommodate a hundred thousand-plus new U.S. residents every month? Can anyone explain the wisdom of every year allowing a million or so poor, low-skilled, social services-consuming strangers into a country that is $22 trillion in debt and whose cities are already coping with a burgeoning homeless problem?

The majority of illegal immigrants arrive penniless. Most are low-skilled and poorly educated. Many have health problems needing urgent attention. More than half bring children with them.

What is the plan for dealing with this influx? Where do we intend for them to live? Who is going to pay for that housing?

Who is going to pay to feed them?

How and where will they be employed? To what extent will lawful American citizens already on a low rung of the employment ladder be displaced from their jobs?

When will construction begin on the new classrooms that we’ll need to educate a massive wave of children who don’t currently speak English? Who is going to pay the teachers?

Who is going to build the additional capacity into already over-burdened local hospitals, ERs and clinics? From where will the additional physicians and nurses come?

Let’s not forget police departments. Some percentage of every human cohort is criminal. You’re naïve if you don’t believe that with respect to law enforcement, we’re going to need to staff up.

And finally, is there a plan to cap this off? Has anyone run the numbers and said, “This is the point at which we’ll be full.”? Is that number five million people? Ten million? A hundred million?

I can tell you it’s nowhere in the fine print of the Green New Deal. I just checked.