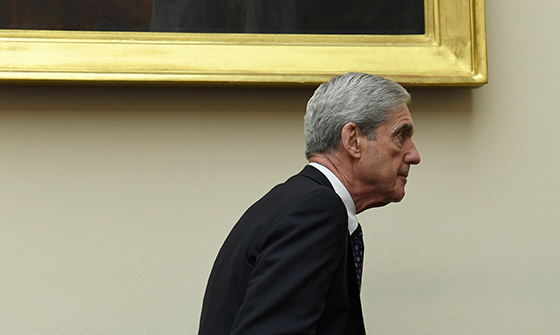 When Robert Mueller was appointed special counsel to investigate alleged Trump campaign collusion with the Russians to steal the 2016 presidential election – a questionable premise from the start – we heard endlessly in the media that Mueller is a man of unimpeachable credentials – a pillar of a man, a war hero, a man of uncommon wisdom.

According to the media narrative, Robert Mueller is the very embodiment of sober, non-partisan moral, ethical and legal rectitude. His very presence lent heft to the serious business of ferreting out the obvious wrongdoing that resulted in an unimaginable election outcome. Robert Mueller is just the man we need to assure the American people that our electoral system will not be hijacked with impunity.

But Wednesday, in two much-anticipated House committee hearings, that media-promoted cloak of respectability slipped from Mueller’s shoulders and fell to the floor. Mueller’s painful, cringe-inducing testimony revealed a befuddled, doddering old man with little command of the contents of a 450-page report that consumed $40 million in taxpayer money and that now bears his signature.

Any objective observer watching Mueller’s testimony can see that he lacks the wits to head up a large-scale investigation. That a large-scale investigation happened anyway leads one to conclude that Mueller was merely a front man. His nominal respectability was used as the name on the brass doorplate behind which a group of rabidly partisan government lawyers tried their best to overturn the 2016 election. It was an effort driven by the simple fact that official Washington – a.k.a. the “Swamp” and consisting mostly of Democrats but also more than a few Republicans – simply could not accept the plain truth that Donald Trump fairly and legitimately defeated Hillary Clinton.

It now appears beyond much doubt that Andrew Weissmann, the career DOJ lawyer who donated money to Hillary Clinton and attended her election night soiree in New York, was actually running the investigation. Weissman assembled a group of out-in-the-open Hillary Clinton supporters to be on his investigative team. To hear Robert Mueller tell it Wednesday, he was unaware of this.

Thus comes to an end any semblance of respectability surrounding the Mueller investigation – not that it had much to begin with – together with any remaining hope by Democrats that Donald Trump will be forcibly removed from office.

In a functioning free republic governed by the rule of law, sober men and women would get to the bottom of how such a specious attempt to take down a duly elected president ever got off the ground in the first place.

If the Swamp is allowed to criminalize every presidential election that a Democrat doesn’t win – and mobilize the federal law enforcement apparatus in that pursuit – there is little hope for the long-term survival of the republic. Swamp dwellers cannot overrule We the People. The abuses of power that culminated in the Mueller investigation must be accounted for and severely punished.