Out on the edge. 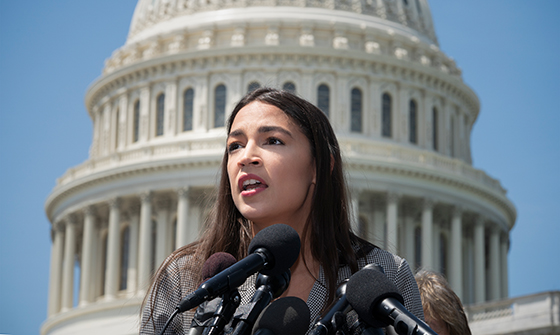 It’s a good idea nowadays to take most public opinion polls with a healthy pinch of salt. Originally intended to serve as a reflection of public opinion, polls have come to be used more and more by a corrupt media as a tool to shape public opinion. But one polling organization – Rasmussen Reports – stands as an exception. Rasumussen was an outlier in predicting Donald Trump’s victory in 2016. Given that record, a June 28 poll by Rasmussen should have Democrats worried about 2020.

In summary, the report said, “Voters see most Democrat presidential hopefuls as more liberal, extreme,” than they, the respondents are. There was a lot of data in the report but here’s the money section for 2020. Among independents, who tend to decide elections, “Fifty eight percent of these so-called swing voters view most of the announced Democratic White House hopefuls as more liberal than they are, and by a 49 percent to 29 percent margin, they say the agenda of most of these candidates is extreme.”

For this, the Dems have a 29-year old former barmaid to thank. The upset victory of Alexandria Ocasio-Cortez over 10-term incumbent Joe Crowley in the New York Democratic congressional primary in 2018 – and the fawning media coverage that followed – has had a profound effect on the party.

Primary elections play to the base and AOC has managed to push the base far to the left. Her Green New Deal – discussed in this space previously – is by far the most far-left set of proposals ever to make it into mainstream political discussion.

And thus the 2020 Democratic presidential hopefuls find themselves pulled inexorably to positions that were unthinkable even to the Obama campaign. And thus they stand recently on debate stages on two successive nights seemingly oblivious to the kind of sentiment reflected in this current Rasmussen poll.

Ensconced as they are in their coastal liberal enclaves and protected by a supine media, the entire Democratic presidential field seems blissfully unaware of how they are viewed by the deplorables and the bitter clingers who constitute a sizable majority in the heartland.

They have managed to convince themselves that their far-left views represent the views of a majority of Americans.

They appear to believe that open borders, free healthcare for illegal aliens, free college, forgiveness of student debt, abortion right up until the moment of birth and beyond, the abolition of private health insurance, 70 percent taxation on current income and even taxation of previously taxed wealth are all mainstream ideas. Any number of polls – including this Rasmussen poll – say that they are wrong.

Playing to the base during the primary and then moving to the center during the general election is par for the course. But it’s hard to imagine this time how the Dems will be able to move back to the center from having been so far to the left. In an era of full employment and strong wage growth, the Trump campaign commercials are practically writing themselves.