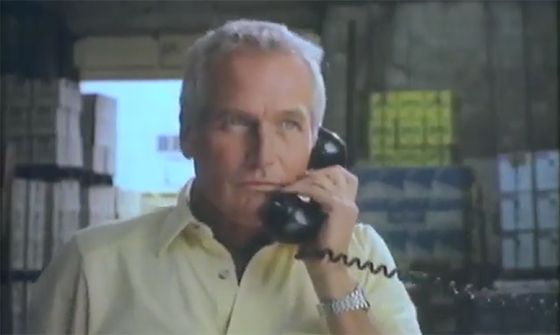 There are stories in the news other than the coronavirus, one of which reminded me of a good movie. Rent or buy the 1981 film “Absence of Malice.” It’s a good flick, and watching it will give you good background against which to synthesize a chilling story of 21st century Washington swamp-creature depravity.

“Absence of Malice” is about the malicious prosecution of a Florida business owner – played by Paul Newman – by a malfeasant Assistant US Attorney – played by Bob Balaban. That prosecution turns Newman’s life upside down. It causes him to lose his business and his reputation. The prosecutor’s misconduct leads directly to a suicide death.

Watch the movie and then consider recent reports on the story of retired Army general Michael Flynn. The parallels between the movie and Flynn aren’t precise but they’re close enough.

Gen. Flynn, who was briefly President Trump’s National Security Advisor, pled guilty to lying to the FBI in connection with the agency’s probe into Russian interference in the 2016 election. Those of us with a nose for these things have long smelled a rat. We have long suspected that Flynn was set up by an FBI that was working overtime to undermine the new Trump administration. That malodorous rat has now been caught out in daylight.

A document dump last Friday reveals the handwritten notes of former FBI counterintelligence head Bill Priestap that make it clear that the prosecution of Flynn was predatory. An intellectually honest observer can now plainly see that the Department of Justice and the FBI maliciously prosecuted Flynn, and in so doing withheld exculpatory evidence, threatened without cause to prosecute Flynn’s son as leverage to get Flynn to cop to a plea, saddled a man of modest means with ruinous legal costs and blackmailed Flynn’s attorneys into working against him.

There are two horrors revealed in this episode. The first is that a small group of high-ranking Washington insiders attempted to substitute their judgment as to who should be President of the United States over that of the majority of voters in a majority of the counties in a majority of the states in the union. It is perhaps the most brazen political misconduct in our history.

And second, in furtherance of that malignant plan, they weaponized the awesome power of federal law enforcement and ruined the life of an innocent man. Just like Paul Newman’s life was shattered in the movie, Flynn’s reputation and finances now lie shattered in real life.

SPOILER ALERT: We feel better at the end of “Absence of Malice” because some justice is finally had. Bob Balaban gets smacked by a crusty old-hand US Attorney played by Wilford Brimley. (See a portion of the scene below.)

In order for us to feel better now, a whole raft of Obama-era DOJ holdovers – a raft that includes James Comey, Andrew McCabe, Peter Strzok, Lisa Page and others – will need to get smacked by Attorney General William Barr – an old hand himself.

Let’s pray that it happens. The very future of the republic depends on it.