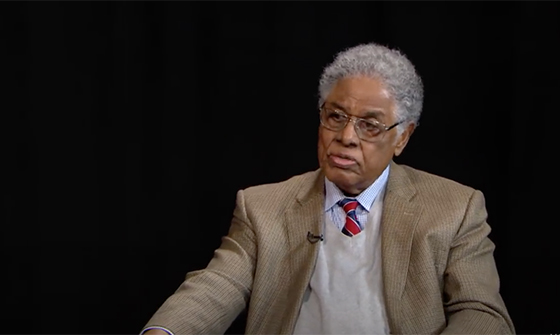 Dr. Thomas Sowell, economist, author and fellow at the Hoover Institution at Stanford University, once said that a core tenet of conservatism is that in many aspects of life there are no solutions, only trade-offs. He also once said, “At the heart of the social vision prevalent among contemporary intellectuals is the belief that there are ‘problems’ and ‘solutions.’”

I believe that Dr. Sowell is right as those assertions apply to the coronavirus.

Early this year, we became aware of an all-new virus emanating from China that was causing illness in humans. As the virus began to spread, people around the world began to get sick. For most who were sickened, the illness ranged from a nuisance “cold” to a particularly unpleasant flu. But for some, the symptoms were acute and death was a plausible outcome. It was feared that the numbers of those acute cases would overwhelm the local healthcare capacity. New York City is the prime example in the United States.

Projecting a situation idiosyncratic to New York across an entire continent and onto every city, county, village and burg in America, government at every level, with a big P/R push by the media, began taking steps to limit ordinary daily human interactions. This was done in order to slow the spread of the disease – or more accurately – space that spread out over a longer time so as to avoid those in need of hospitalization all showing up at once. They called it, “flattening the curve.”

Those steps effectively stopped the American economy. “Non-essential” businesses were made to shut down. Schools were closed. Sporting events were canceled. Weddings, church services and even funerals were prohibited.

The effect on the American economy was profound.

At this writing, 30 million Americans who were gainfully employed as recently as St. Patrick’s Day are now without work. U.S. unemployment, only weeks ago at the lowest levels in half a century, now stands at levels reminiscent of the Great Depression. Between Easter and Memorial Day, the United States Treasury will have borrowed more than $3 trillion.

All over the country small businesses are closing or hanging by a thread. Retail landlords are being asked by tenants to forego rent even as the landlords themselves face bankruptcy. Speaking of bankruptcy, some of America’s biggest brand names have or will soon file – among them Hertz and Neiman-Marcus.

Most significant, but less appreciated than it should be, government at every level – with no operation of any legislature or really any semblance at all of representative government – assumed micro-level control of our daily lives.

In Texas, county judges decided for themselves what constituted an essential business. While most did so in a good faith manner, it is nevertheless worth saying that if a business is the source of an owner’s livelihood, if the business provides a roof over his family’s head, food on his table, the means by which to educate his children and to make provision for his eventual old age; and if it does those same things for the workers that the business employs; it is, by the very definition of the word, an ‘essential’ business.

All of this to say that “re-opening” the American economy is not optional. And it certainly cannot devolve into a favor to be granted out of the benevolence of elected officials who have seized upon an extraordinary situation to transform themselves into overlords.

In Smith County, Texas as I write this, there are 66 active cases of COVID-19 in a population of 233,000. That works out to less than three one-hundredths of one percent.

If that incidence were 35 times worse, it would still leave 99 percent of the population unscathed. In this part of the world, the chances of any given citizen contracting COVID-19 are very low. But it’s not zero and for many, particularly for people in policy-making positions, that isn’t acceptable.

There won’t come a day soon when there are no new cases. A vaccine is a long way off, assuming one ever comes at all. Yet we must get business – all business – back on its feet anyway.

It all constitutes a ‘problem’ for which there is no ‘solution.’ The potential for the spread of disease must be weighed against the certainty of economic ruin. It’s the very sort of trade-off of which Dr. Sowell so wisely, and so presciently, spoke.