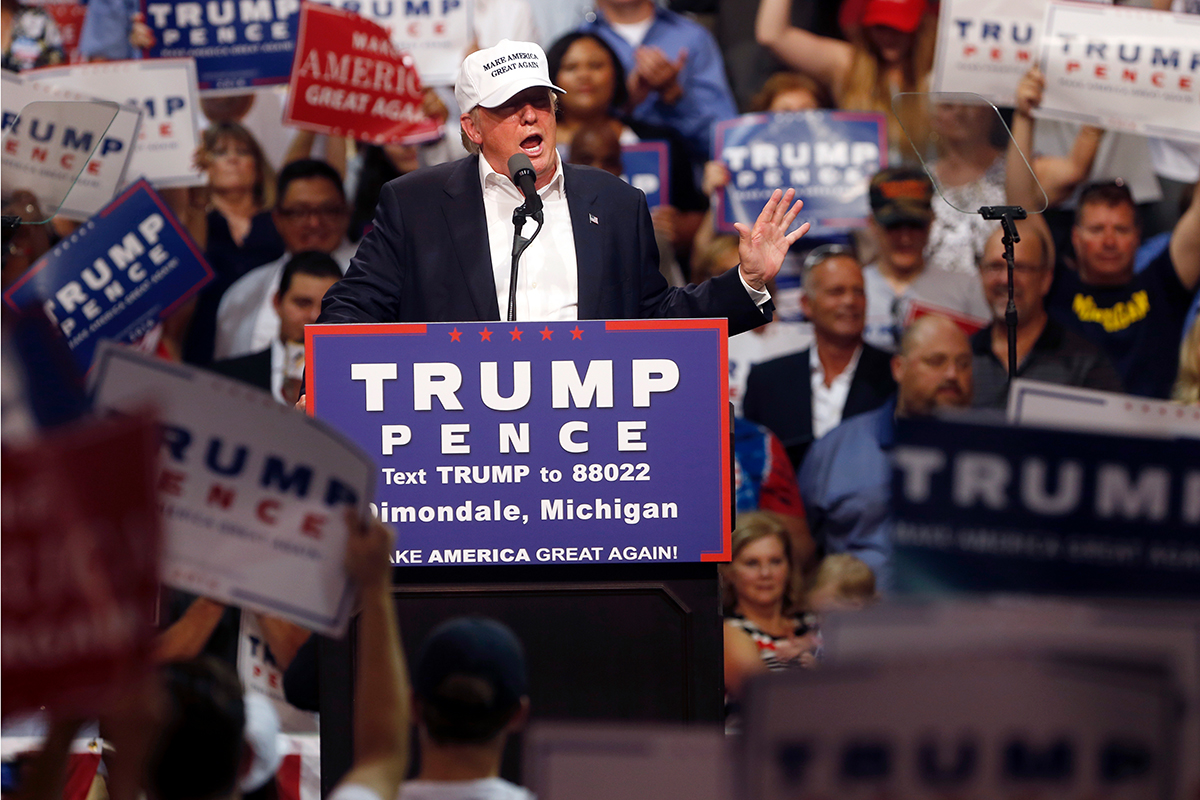 For the sake of his re-election bid and for the sake of the country, President Trump should finish what he started on August 19, 2016. Speaking at a campaign event in Dimondale, Michigan, candidate Donald Trump said this:

The answer was then and is now, nothing.

It seems lost on elite, condescending coastal Democrats, lefty journalists (but I repeat myself) and virtually all of the commentariat, that all of the high-profile police shootings – from Ferguson to Baltimore to Minneapolis – happen in cities that have been under single-party Democratic control for decades.

The constantly simmering unrest, the unhappiness, the grinding, generational poverty and the crime that grips so much of the minority population in the United States is found in greatest concentration in Democrat-run cities.

In cities like Chicago, St. Louis, Baltimore, Philadelphia and Detroit, the schools don’t work, businesses have fled, gangs rule the streets, the police have largely given up and hopelessness hangs in the air like a smog that never lifts. The resulting misery falls in staggering disproportion upon the black residents of these broken cities.

Despite the suffering of black residents, the smug liberals who dominate local politics – many of them profoundly corrupt – confidently take black voters for granted. When re-election time rolls around, these pols tell black voters all about how they’re down for the struggle and feel their pain and are committed to the cause and blah, blah, blah.

Election Day then comes and, as it has been for more than half a century, Democrats get 90-plus percent of the black vote.

And then nothing changes.

Donald Trump, at that speech in Michigan, became the first Republican presidential candidate in modern times to court black voters in such an overt way. Prior to Trump asking the painfully obvious question – ‘What the hell do you have to lose?,’ – the received wisdom among Republican campaign “experts” was that the “black vote” was a total write off for Republicans. Better to concentrate time and energy and money on other portions of the demographic spectrum that will yield a better return on investment.

Trump knows better. He knows that if the Democratic share of black voters falls below about 85 percent, Democrats cannot win the White House.

He also knows that for every angry, brick-throwing black protester there are Lord alone knows how many hard working, law abiding black men and women who are fed up with being taken for granted.