Joe and my friend Jerry. 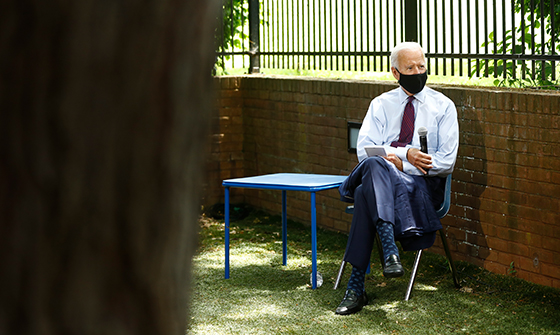 There was a very talented man in Dallas – whose name was Jerry – with whom I worked for many years. He was what we in the biz call a “voice actor.” The really good commercials you see and hear aren’t voiced by announcers. They’re voiced by voice actors – people who have the rare ability to make an emotional connection with the listener when speaking words written by someone else.

Jerry’s talent in that regard was prodigious. If you were producing a commercial session using Jerry, the smartest thing you could do as producer was give him the copy and get out of his way. Frequently, the ad libs and the asides that made it to the session tape would be better than the script and would wind up in the finished work.

But Jerry’s mental faculties began to fail him in his 60s. Where at one time Jerry could take a piece of copy and improve it by an order of magnitude with a note-perfect inflection or an impeccably timed pause, he became unable to even hold a train of thought through a single sentence. Sessions that would be done in one or two takes began to take an hour or more. A :30 or :60 second commercial would have to be recorded line-by-line.

By the end of his working days, Jerry literally became incapable of connecting subject and predicate. He died not knowing who his wife was. I watched Jerry’s decline play out over a comparatively short time and it made me sad.

Watching Joe Biden it hit me. I have seen this before. Joe struggles today in exactly the same way that Jerry did back then. It didn’t end well for Jerry. It cannot end well for Joe.

I regret the fact that even though I should have known better, I tried one last time to hire Jerry for a commercial session. Even though Jerry’s faculties were diminished to the point that he couldn’t perform, they weren’t so diminished that he was unaware he couldn’t perform. He knew the session was a bust and he was visibly frustrated at his inability to do better.

Calling Jerry to a session that day was an unintentional unkindness on my part.

Manhandling and manipulating Joe Biden through a presidential campaign is equally unkind. It borders on elder abuse. If his wife, Jill, loves him, she should put a stop to it.

There is no way Joe Biden can be president. No way.