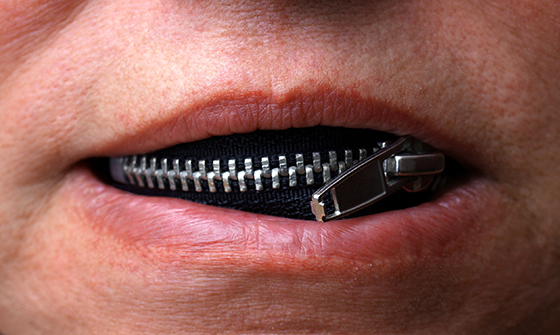 A recent dinner out with my wife and daughter and a study just released by the Cato Institute combine to inform this week’s commentary.

At dinner the other night, the subject of reopening schools came up. The president had earlier that day held an event at the White House at which he said, unequivocally, that schools need to fully reopen this fall.

“The president is 100 percent correct,” I said out loud. “Shhhhhh, Dad,” said my daughter, glancing nervously left and right. She’s a college student and hers was a conditioned response. If you want to lose friends on a college campus, let the word get out that you don’t hate Donald Trump. Any college kid today who indiscreetly outs himself or herself as a conservative – or, worse, a Trump supporter – will be set upon by the leftist jackals that dominate college campus social media.

That experience at dinner dovetails into a brand-new report from the Cato Institute. The report reveals that nearly two thirds of Americans self-censor – in other words avoid truthfully stating their political beliefs – for fear of reprisal by friends, associates and even employers. Fear of the loss of friendships, the loss of standing within one’s peer group, shaming on social media or the loss of a job is causing people to increasingly refrain from publicly revealing their politics. Conversations among reasonable people who disagree are becoming increasingly rare.

According to the Cato Institute study, conservatives are three times more likely to self-censor than liberals. But even a slim majority of centrist liberals self-censor. All of this to say that save for those who self-describe as very liberal, most Americans are keeping their politics close to their vests.

Given the ubiquity of Facebook, Instagram, Twitter, et.al., and the capacity that those platforms have to spread information within a social circle at the speed of light, this should come as no surprise.

Nor should anyone be surprised that conservatives are much more likely to be reticent than liberals. Simply examine what happens within your own orbit.

How you ever been in a social situation at which someone who doesn’t even know you just assumes that you hate Trump, too – and converses with you accordingly? I have. But would you go to a party and – aside from your desire to avoid being rude – dare to express your disdain for Joe Biden to someone you just met?

My daughter’s experience is pretty typical. College kids who espouse liberal orthodoxy have no fear at all of being shamed on social media by conservative students (and they do exist). Liberal students have no fear of ostracization. They do not fear reprisal from their professors.

The takeaway from these anecdotal stories – together with the Cato Institute study – is that powerful forces have evolved that have become very effective at keeping conservatives from speaking their minds.

Between now and November 3, an appreciation for these forces should inform your consumption of news media in general, and any poll showing a huge Joe Biden lead in particular.