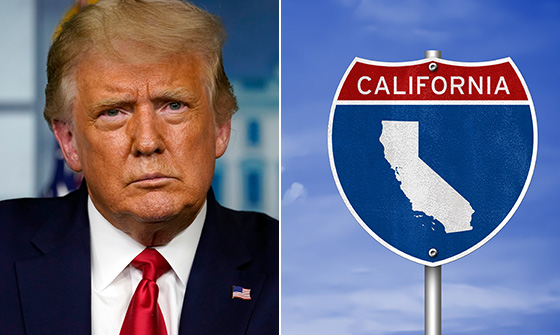 Let’s stipulate that Donald Trump’s personality is an acquired taste. His is not the personality of a career politician. He does not speak in carefully calibrated and focus-tested words and sentences. He’s frequently bombastic and braggadocios. He’s given to overstatement and he’s often grossly intemperate in his reaction to criticism.

Let’s also stipulate the Joe Biden seems like the nicest guy in the world. He’s an avuncular guy with a kindly air about him. He seems like the kind of next-door neighbor you’d want if you lived where neighbors go to each other’s houses to cook out and drink beer in the backyard.

If I were picking my president purely on personality, I’d pick Joe Biden hands down. But for as much as geniality and likability count as currency in politics, in the end the only thing that really matters is policy. And we have not in recent memory faced a more stark, more clearly defined policy choice.

So, amid the heated partisan rhetoric and in light of grossly dishonest reporting by most of the media, how do we size up that choice?

To imagine the policy impacts of a Trump second term it seems reasonable to examine the first. Remove the aberration of COVID-19 and filter out the hyper-partisan noise that has bedeviled this presidency from the start, and you have one of the most successful first-term administrations in recent history.

The passing of a major tax cut and the shredding of thousands of pages of stultifying regulations served to ignite the economy. As a result, wages rose as unemployment fell. The fastest wage gains and the most significant improvements in unemployment were seen among minorities and those on the lower rungs of the economic ladder.

Illegal immigration dropped by 90 percent. Food stamp and welfare dependency dropped sharply. The threat of ISIS almost totally abated. The same for North Korea. China is at last being put in its place. Dependency on imported oil is a thing of the past while peace is breaking out in the Middle East.

To imagine the policy impacts of a Biden presidency, it seems reasonable to look at Democrat-controlled California.

California, the most naturally wealthy state in the union, is an economic and sociological basket case. Millions of acres of the state are ablaze due to decades of environmental mismanagement. Idiotic energy regulations result every summer in rolling power blackouts. The state has by far the largest homeless population in the country. Twenty percent of the state’s population lives below the poverty line.

The titans of entertainment and high tech have gotten richer, the poor have grown in number and California’s once-vibrant middle class has been hollowed out. The best and brightest of the state’s residents in a position to do so are packing up to leave.