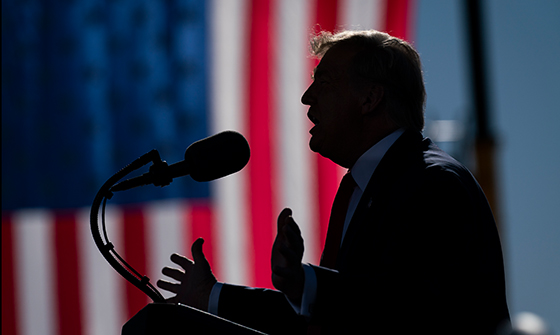 So comes now the hour of choosing. Polls say that Joe Biden is going to become the 46th president. That’s an amazing statement when you consider that his campaign was declared by the media to be dead and over on February 11 following the New Hampshire Primary.

Since clinching the Democratic nomination, Biden has consistently led in almost all of the national polls as well as in the battleground state polls. The Real Clear Politics averages have him running well ahead of where Hillary Clinton stood at this same point in the cycle four years ago.

If you believe the polls and believe nearly everyone in the media, Joe Biden is going to win the 2020 election.

I’m not so sure. What I am sure of is that I voted as much against Hillary Clinton four years ago as I voted for Donald Trump. This coming Tuesday, I’m absolutely voting for Donald Trump. I suspect that several million others will as well.

Yes, I know. The tweets, the bragging, the exaggeration, the name-calling, the yada, yada, yada. I know about all of it. And I don’t care about any of it.

A key Trump policy position in 2016 was his promise to secure the border. Do you remember the chaos that once dominated the southern border? Do you remember the “caravans” from Central America and border detention facilities overflowing with unaccompanied minors? When is the last time any of that has been in the news? In 2016 Trump promised to build a border wall. The wall stands now at close to 400 miles and counting.

Take the aberration of COVID out of the picture for a moment and consider the economy. Do you remember Barack Obama telling us that anemic one percent annual economic growth was something that we needed to learn to live with? Donald Trump put the lie to that. Pre-COVID, the American economy was roaring. Wages were rising. Unemployment was at record lows – most particularly for blacks and Hispanics. And we learned Thursday that the economy is rebounding from the COVID shock to the tune of a staggering 33 percent growth in GDP for the third quarter.

A key driver of that economic growth was a reduction in burdensome regulations on business. Trump promised to reduce the regulatory burden. Better than his word, he has actually slashed it.

In 2016 Donald Trump promised an end to interminable wars. Today the number of U.S. troops remaining in Afghanistan – and soon to return home – wouldn’t fill a high school football stadium. And when’s the last time you saw ISIS in the news?

Closer to home, I saw a sign on the way to work for $1.77 a gallon gas. Adjusted for inflation, that’s cheaper than it was when I was a kid in second grade. In 2008 would you have ever considered that the U.S. would become energy independent?

That domestic policy victory provided the necessary leverage for a foreign policy triumph. While the media has done its best to ignore it, the Trump foreign policy shop has made enormous strides toward peace in the Middle East. Bahrain, the United Arab Emirates and just this past week, Sudan have all normalized relations with Israel. Word has it that other Arab nations that have for decades been hostile to Israel are about to follow suit.

On the subject of foreign policy, in 2016 Trump promised to stand up to China. It will take a long time to clean up the mistakes concerning China made by previous administrations. But four years after Trump made his promises concerning China, I can promise you this. If Xi Jinping is a praying man, he’s praying that the polls are right about Biden.

Bottom line, if you bother to actually consider the record rather than lazily consume the crap being spooned down your throat by the legacy media, you discover that policy successes and promises kept far overshadow any Trumpian personality defects – real or perceived. By those objective measures, he deserves a second term.

I’m going to vote to give him one.