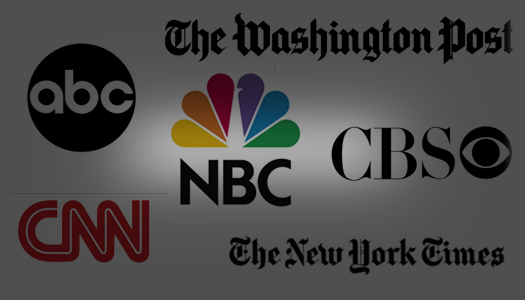 Here’s what we know (as of 3:30 pm CST Thursday, Nov 5). We know that we don’t know who won the presidency. Anyone who says otherwise is someone who really doesn’t know.

The Biden camp is doing what I would be doing or you would be doing if either of us were in their position. They’re proclaiming that victory is at hand.

But the screeching from the Left notwithstanding, the Trump camp is doing what the Biden camp people would be doing if the shoe were on the other foot. The Trump campaign is pursuing a mathematically plausible argument that when legitimate and legal ballots are fully and finally counted, President Trump will emerge on top.

As the president himself would say, we’ll see what happens.

As we wait, let’s consider the rest of what we know. We know that the lefty media and the pollsters (but I repeat myself) blew it again. In many ways they blew it worse than four years ago and that didn’t seem possible. Regardless of who wins the election, this is the big, big story.

Go back and remember what they’ve been telling us these past weeks. They told us that Biden was going to run away with this election. We’d be able to go to bed early on election night, they said.

Disgust with Donald Trump and voter rejection of not just his policies, but Donald Trump the human being, was going to trigger a “blue wave” that would wash across the land. The coattail effect of the all-but-certain Biden landslide was going to result in Democratic Party gains everywhere. Democrats would regain control of the Senate and install Chuck Schumer as Majority Leader. Concurrently, Democrats were going to significantly widen their majority in the House of Representatives.

Texas, if it didn’t turn blue, would at a minimum start turning purple. For sure Democrats were going to flip the Texas House. That change of control would then give them the upper hand when the census gets released and Congressional district lines get redrawn.

Election Day 2020, we were told by the media, was going to be a big day for Democrats.

But aside from Biden as of now holding on to a slim lead on the Electoral College map – as “projected” by the media – not a bit of it happened. Zip. Zilch. None.

The Senate is still in Republican hands. When all is said and done, Republicans will pick up as many as 12 seats in the House (leaving Speaker Nancy Pelosi with a paper-thin majority and a very restless caucus).

And Texas is still every bit as red as it was.

Biden may yet wind up winning the presidency. But if he does, it will likely by a pyrrhic victory. The Democrats will have won the White House. But they didn’t win anything else.

Not exactly a wave.

It wasn’t supposed to be this way. The media told us – again and again. They were certain of it.

And they were wrong.

In almost any other industry a failure of this magnitude two times in a row would result in heads rolling. Starting in the executive suite and working down, people would be fired.

But it won’t happen. The media (and the pollsters), assuming they do anything, will do as they did in 2016 and put out statements along the lines of, “We have begun an in-depth examination of our (reporting) (methodology) to ascertain where we got it right and where we came up short in order to continue to provide the very best (coverage) (information) to our (viewers) (consumers) and blah, blah, blah.”

And then nothing will change. Nobody will get fired. Everyone will go back to doing what they were doing – still smugly believing that they’re good at it.

No one at ABC, CBS, NBC, CNN, et.al. will ever consider that nobody in their organizations, from the executive suite to the overnight assignments editor, has even a rudimentary understanding of the 263 million people – those “deplorables” who live in “flyover country” between the Hudson River and the Sierra Nevada Mountains and who keep the country running.

No understanding at all.