The media bets their entire stack of chips…again. 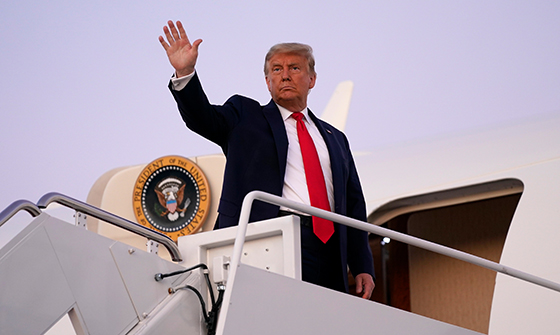 The legacy media – what we used to call the “mainstream media” and before that the “press” – has gone all-in for Joe Biden. With the exception of certain (but by no means all) of the on-air faces at the Fox News Channel, essentially everyone in media in New York and Washington is betting on Joe.

These same people made the same bet four years ago on Hillary Clinton. That bet came to tears. (In the case of ABC’s Martha Raddatz, it literally was tears.) The media got it spectacularly wrong in 2016.

In the wake of that failure there were some token efforts at introspection. New York Times executive editor Dean Baquet offered self-criticism saying, “we didn’t quite have our finger on the country.”

I, myself, had a conversation with a top executive at one of the Big Three networks who was candid enough to say, “Our coverage [of election night] made it look like someone had died.”

In 2020, as in 2016, many of the polls about which the legacy networks report are sponsored and/or underwritten by those very networks. Examples include the ABC/Washington Post poll, the NBC/Wall St. Journal poll, etc. These polls – and a long list of others –have Biden beating Trump in a walk.

Which is to say that less than two weeks before the 2020 election things look much as they did in 2016. Biden in 2020, like Hillary in 2016, is comfortably ahead and most of the media is saying, without actually using the words, that the race is over.

So those in the media say. Again.

But I have a message for you, my elite and oh, so rarefied media colleagues. You’d better be right this time. Because you’re more hung out this time than last. In the last presidential cycle, you guys were initially amused by Trump. As he began to rack up primary wins that amusement morphed into bemusement – you just couldn’t understand how what was happening could happen. By October, that bemusement had morphed into irritation. You were counting the days until his inevitable defeat.

The stricken looks on your faces on Election Night 2016 were replaced by outright anger in the days that followed. You have been trying to destroy – or, at the very least, delegitimize – Donald Trump’s presidency every day since.

The problem is that in so doing you simultaneously delegitimize the hopes, aspirations and clearly stated preference of 63 million voters spread across the majority of precincts in the majority of counties in the majority of the states in the Union. Though you are spectacularly unaware of it, your business model depends on having a sizable percentage of those eyeballs.

Your smug self-assurance notwithstanding, Trump can win this and you’ve all bet the farm that he won’t. If you lose that bet, the heartland of this country – those 63 million people – will be fully, finally and forever done with you.

For my part, I’m hoping that Trump wins. For your sake, you’d better pray that he doesn’t.