Trumpism is here to stay. 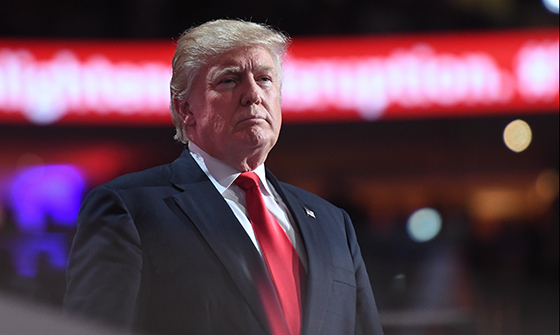 Here is a fact of life for Joe Biden, Nancy Pelosi, Chuck Schumer, AOC and her “squad,” Democrats in general, their handmaidens in the media and ‘Never Trump’ Republicans.

Neither Trumpism as a movement nor the man for whom it is named are going away.

That Trumpism is alive and well is made evident in the results of down-ballot Congressional races. The nine and counting new Republican members of Congress – all of whom are women, ethnic minorities or veterans – are clear as day as to whose coattails swept them into office. Speaker Nancy Pelosi and her top lieutenants like Adam Schiff and Jerry Nadler are equally clear that a tiny five or six seat majority in the House of Representatives can, in a number of ways, actually be worse than being in the minority.

It wasn’t supposed to be this way. Democrats, the media and the pollsters that they employ all agreed that Joe Biden was going to win in a landslide. That landslide would then trigger a “blue wave” of Democrat victories.

No such thing came anywhere close to happening. What did happen was a squeaker for Joe Biden that was quite possibly obtained by nefarious means – together with what can only be called a disaster for Democrats in Congress and several statehouses.

With the exception of what we call RINOs – Republicans In Name Only – Republicans have pretty much always supported low taxes and low regulation. Some – though not all – were skeptical of Bush-Clinton-Bush-Obama-era trade policy. That was particularly true as it applied to China.

But Donald Trump did the impossible. He convinced a large number of nominal Democrats that low taxes, low regulation and opposition to Chinese mercantilism were all to their personal economic advantage. Real wages for blacks and Hispanics rose for the first time in 30+ years on Trump’s watch. The same is true for the American middle-class. Families that hadn’t had a real raise – defined as an increase in buying power in present-day dollars – suddenly found out what it was like to get one.

The worst possible thing has happened to Joe Biden. He has won the presidency close on the heels of many of his party’s most reliable supporters having gotten the first whiff of an idea that their party has been screwing them.

If a Biden administration cannot replicate the new-found economic success that blacks and Hispanics enjoyed under Donald Trump, their slow-but-steady exodus from the Democratic Party could turn into a flood.

Millions of hitherto taken-for-granted voters got their first small, but real taste of prosperity under Donald Trump’s presidency. Millions more politically somnolent heartland Americans were awakened by Donald Trump to the fact that a comparatively tiny cohort of Ivy-league ruling class elites have, for 30 years or more, been sneering at them while ripping them off.

Having been awakened, they’re not going back to sleep.

As a result, Trumpism isn’t going anywhere. Private citizen Donald Trump – who plays the media like a fiddle – will be sure that it doesn’t.