The word ‘hypocrite’ no longer starts with an “H”. 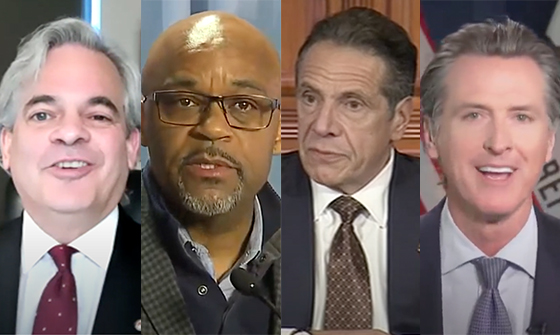 Here’s a spelling test. How do you spell ‘hypocrite?’ Here’s a hint. Anymore, hypocrite doesn’t start with an “H.” It starts with a “D.”

Here are some examples, the number and detail of which are limited by space.

In direct contravention of his own proclamations, Austin mayor Steve Adler hosted a wedding and reception for his daughter and 20 guests at a local restaurant in November. The next day, Adler and seven others hopped on a private plane and jetted themselves off to Cabo, where they vacationed for a week.

One day into that trip, hizzoner posted a Facebook video sanctimoniously urging his subjects to, “…stay home if you can. We may have to close things down if you’re not careful.”

When he got caught (and these guys are so arrogant that they’re always surprised when they get caught), he issued a mumbling apology to the effect that he regretted what he did and, in hindsight, would have done better, and yada, yada, yada.

Mayor Adler’s hypocrisy is the latest in a string of examples of “thee but not for me” edicts issuing from the ministerial heights of our dear leaders.

Dateline Denver: In advance of the Thanksgiving holiday, Mayor Michael Hancock issued statements via social media urging one and all to stay home and avoid travel over the holiday. Those communiques went out just as Mayor Hancock was boarding a flight for Mississippi to be with his family, who had already left town.

New York governor Andrew Cuomo, who actually wrote a book telling us what a brilliant job he did dealing with COVID, had to disinvite his mother from traveling to Albany for Thanksgiving. Busy as he must be with virtual book signings and all, when he invited mom, he apparently forgot that he had ordered the rest of New York to stay home. A wave of recollection washed over him, though, when thousands of aggrieved New Yorkers rose up in righteous anger.

And that brings us to California, where every stupid liberal thing seems to get amplified. Prior to Thanksgiving, Governor Gavin Newsom issued an astonishingly detailed list of dos and don’ts (mostly don’ts) regarding Thanksgiving dinner. And when we say detailed, we mean detailed down to specifics as to how many could attend (ten, all masked), where they had to sit, (outside) and how they might be permitted to use the bathroom (try to hold it).

He was then observed at the toniest of posh-posh eateries in the Napa Valley at a well-attended birthday party for a top lobbyist. Everyone was inside. No one was wearing a mask.

There are more examples – plenty more – but space doesn’t permit. So, here’s another little test. Aside from being politicians, what do the key figures in these examples have in common?

And to a person, they believe that they are smarter than you, more sophisticated than you and presumptively deserving of living better than you.