Getting back to ‘normal.’ 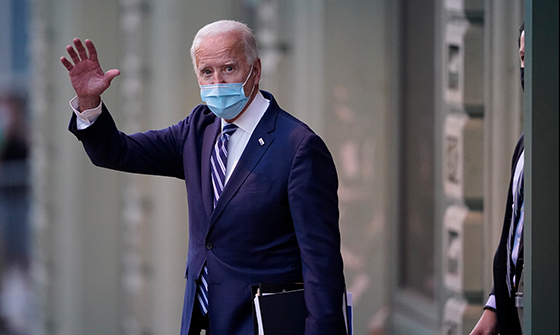 A couple of days ago, I overheard two ladies at lunch saying how happy they were that Joe Biden won the election. One of them said, “I’m just so glad things are going to get back to normal.” I’m sure that she defines ‘normal’ as ‘the way things were before Bad Orange Man was president.’

So, let’s examine that version of ‘normal.’

Prior to Donald Trump, ‘normal’ was presidents of both parties committing the U.S. military to foreign wars for which there was no real strategy to win. George W. Bush invaded Afghanistan in October 2001. He launched the Iraq War in March 2003.

Barack Obama was the first two-term president in American history to command U.S forces in foreign conflict for all eight years of an administration.

Donald Trump, on the other hand, is the first president since Eisenhower who has not committed U.S. troops to a new foreign conflict. (And the number of troops now in Afghanistan wouldn’t fill a high school football stadium.)

‘Normal’ prior to Trump was perpetual turmoil in the Middle East that impacted nearly every aspect of U.S. foreign policy. Donald Trump has brokered two historic Middle East peace accords that have dramatically reduced tensions in the region.

On a related note, ‘normal’ in the United States was dependency on imported energy. Thanks to some key Trump policy decisions, the U.S. is now a net energy exporter, giving the United States leverage in the Middle East that it has never possessed – and thus the ability to broker peace deals that stand a chance of actually bringing about peace.

‘Normal’ prior to Trump’s presidency was a near weekly ISIS-sponsored terrorist attack on some airport, outdoor market or large public event somewhere in the world. What have you heard from ISIS lately?

Closer to home, ‘normal’ under presidents of both parties was chronically high unemployment among African Americans. Prior to the aberration of COVID, the black unemployment rate under this administration reached the lowest levels ever recorded.

Related to that point, ‘normal’ was the slow withering away of that amazing American invention called the middle class. Under presidents of both parties, the middle class watched helplessly as their numbers, their influence and their marketplace buying power shrank year-by-year.

Real (adjusted for inflation) middle-class wages under this administration have risen for the first time since Nixon was president.

‘Normal’ was promises by presidents of every stripe that trade deals with a mercantilistic China (and others)’ – deals that were favored by the donor class – would help create American jobs. ‘Normal’ was promises of a health care plan that would “bend the cost curve down” while allowing you to “keep your doctor.”

‘Normal’ was tens of thousands of uneducated peasants pouring into our country every month overwhelming our schools, hospitals, social services and law enforcement agencies.

‘Normal’ was an unstable dictator of a totalitarian, nuclear-equipped Asian country lobbing ballistic missiles in our direction. ‘Normal’ was a U.S. Air Force transport jet unloading pallets stacked with $1.7 billion in untraceable currency on the ramp at an airport in Iran in order to appease that country’s mullahs.

‘Normal’ was expanding wealth among the coastal elite, expanding poverty in urban centers and a hollowing out of the heartland.

‘Normal’ was a country in 2016 that more than three out of four of its citizens said was “on the wrong track.”

I happen to agree with those lunch ladies. Under a Biden presidency, things may very well get back to ‘normal.’ Forgive me, though, if I’m not quite as happy about it.