The ugliest of ends. 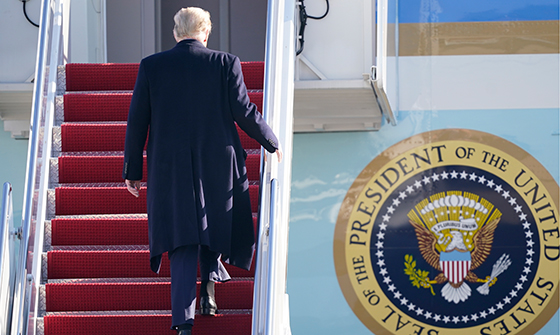 And so ends, on the most sour of sour notes, what might otherwise arguably be called the most successful first-term presidency that anyone can remember. In a year of COVID lockdowns capped by the events of these two weeks, it becomes easy to forget the positive impacts of the Trump presidency.

The media, of course, isn’t helping. Quite the opposite, actually. Since the 2016 election, all pretense of reportorial objectivity has been tossed out the window. The media have proactively worked every day to discredit Trump’s election and to undermine his presidency.

The most recent example comes from last week’s violence at the Capitol. The media would like you to believe that the thousands of people who showed up in Washington last week – enraged, inflamed and foaming at the mouth on account of Donald Trump – stormed the Capitol en masse.

That’s not what happened.

Last week’s mayhem was caused by a comparatively tiny number of criminals out of the tens of thousands of law abiding American citizens who rallied in support of President Trump. If the media were honest, they would report this unassailable fact. They would also report that this is the first example that anyone can remember of violence breaking out at a demonstration for someone on the right (while violence breaks out at lefty demonstrations almost as a matter of course).

Lost in all of the chaos is the recognition that Donald Trump was the first president of either party to actually confront really serious problems facing this country. No nation that hopes to prosper can afford to start wars that it has no strategy for finishing. No nation that hopes for a bright future can allow a million or more poor, uneducated peasants to flood across its borders every year. A nation that wants to succeed can’t outsource its manufacturing to a hostile foreign power. A nation that wants to pass down prosperity to its children cannot do so if the middle class that powers and sustains the economy is allowed to shrink year by year.

The problem for Donald Trump is that a lot of very powerful, deeply entrenched Washington Uniparty elites have been getting rich from endless wars, Chinese mercantilism and illegal immigration. Never mind that all of those unremarkable state college-educated middle-class flyover-country wage earners went without an increase in real wages for 20-plus years. Never mind that when a world pandemic broke out, we learned that 97 percent of the antibiotics used in America are produced in China.

Trump addressed these problems head on, called them out for what they are and called out those who are profiting thereby. Trump said it loudly and often and was hated for it in the coastal enclaves populated by the top echelons of the media and the ruling class.

Yes, the Trump presidency ends terribly. But let’s not forget that what Trump did in four years needs doing and matters greatly.