At best or at worst. 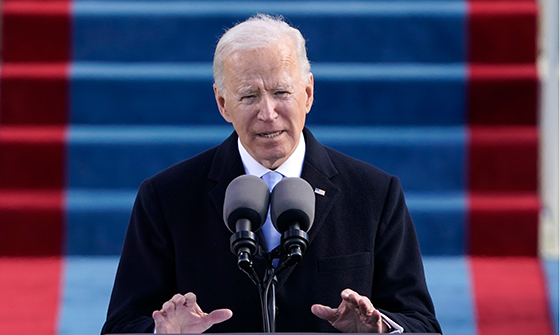 Most of the talking heads in the media are waxing rhapsodic over President Joe Biden’s inaugural address. Fox News’s Chris Wallace went so far as to call it, “The best inaugural address I have ever heard.” (If that’s the case, Chris, you might consider replaying Ronald Reagan’s inaugural from Jan. 20, 1981. Or maybe John F. Kennedy’s from 20 years earlier.)

In any event, if it was the best inaugural speech Chris Wallace has ever heard, it’s because it’s a low bar. Most inaugural addresses are forgettable…this one included.

But give Biden credit. He said many of the right things – predictable and cliché as those things might be, e.g. “I will be a president for all Americans.” (And if he truly wants the unity about which he spoke, he might want to say to some of the luminaries of his party ixnay on the talk about “deprogramming” Trump supporters.)

All of the media swooning aside, if President Biden’s administration lives up to the tone of his inaugural, we at best return to governance by the same political class that 63 million Americans in 2016 believed had, for 20 or more years, thoroughly misgoverned the country.

Trump’s election in 2016 was a symptom. It was a symptom of societal disease brought about by the fact that the previous two decades under administrations and congresses of both parties were times of endless wars, the worst economic crisis since the Great Depression, the stagnation of wages, the hollowing out of the middle class, the exportation of manufacturing and its middle class-supporting wages, millions of poor uneducated, social services-consuming illegal immigrants pouring across the U.S./Mexico border and the rise of a malignant, malfeasant China that was gaining economic and military power at the expense of the United States and its citizens.

Donald Trump’s election victory in 2016 was a shot to the solar plexus of the Washington ruling class. Frustrated working class and middle class voters awoke to the realization that Washington, D.C. is, as George Carlin put it, ”A big club. And you ain’t in it.”

Joe Biden’s victory – be it legitimate or tainted as you are inclined to believe– is a return to power of the political class that Trump voters rejected four years ago. At best it will mark a return to pre-Trump policies. Seventy-four million voters will be none too happy about that.

But at worst it will mark a sharp turn to the left. For the second time in as many cycles the Dem leadership had to rig the game to keep socialist Bernie Sanders from winning the nomination. Crazy Bernie’s far-left acolytes are none too happy themselves.

The Bernie Bros, together with AOC and her “squad” of radical leftists in the House, will be working overtime to pull the Biden administration to the left. Don’t be surprised when you learn that Biden isn’t really his own man.

And, though he leaves under a cloud, don’t be surprised a year or so from now when nostalgia for Donald Trump takes root and begins to blossom.