There’s a word for this. 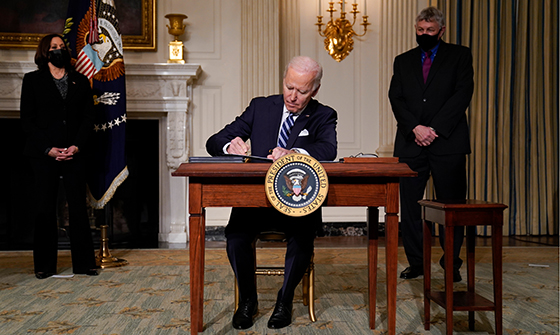 We lift up the word ‘twaddle’ in the wake of President Biden’s words and actions regarding U.S. energy and environmental policy. All in the name of climate change, the president, on his first day in office, issued an executive order rescinding approval of the Keystone XL pipeline. In a stroke, he killed about a thousand existing jobs and as many as 11,000 jobs that would be otherwise coming online this year.

He has since imposed what amounts to a permanent suspension of drilling permits for U.S. lands. The American Petroleum Institute estimates that that move will cost the U.S. economy about $700 billion and upwards of a million jobs by the end of next year.

And he’s not done. Right on the website at whitehouse.gov it says:

President Biden will take swift action to tackle the climate emergency. The Biden administration will ensure we meet demands of science, while empowering American workers and businesses to lead a clean energy revolution.”

Wow. A ‘climate emergency.’ A ‘clean energy revolution.’ So much for any hope that Joe Biden will govern as a moderate. No chance. It’s more of the far-left environmental hoo-ha that Democrats and the media have been peddling for decades. In other words, the very embodiment of twaddle.

We’ve already had a ‘clean energy revolution,’ Mr. President and you missed it. It’s called natural gas and thanks to the sane energy policy of your predecessor, together with hydraulic fracturing, the U.S. has it in abundance. That abundance has made it cheap. Those low prices have enabled electric utilities to affordably switch to it. CO2 emissions have fallen accordingly. (So have home air conditioning bills.)

There is no “emergency” requiring us to cripple the oil and gas industry, raise the cost of transportation, heating & cooling and just about everything else. There is absolutely no reason – as always happens – to disproportionately impose the burden of those rising costs upon the very same low-income households for which Democrats claim to have such admirable compassion. And when the country is trying to recover from the economic devastation of the pandemic, there’s sure as hell no reason to be deliberately killing jobs.

But not to worry, said Mr. Biden on Wednesday:

When I think of climate change and the answers to it, I think of jobs. A key plank of our ‘Build Back Better’ recovery plan is building a modern, resilient, climate infrastructure, and clean energy future that will create millions of good-paying union jobs.”

Right. Never mind that none of this has ever happened with any prior grandiose liberal, big-government scheme. There were no “shovel-ready jobs” or “green jobs” requiring hundreds of thousands of unemployed workers following the 2008 financial meltdown.

Nor has a single dire prediction about pending climate disaster dating back to when I was in grade school ever come true. Not one.