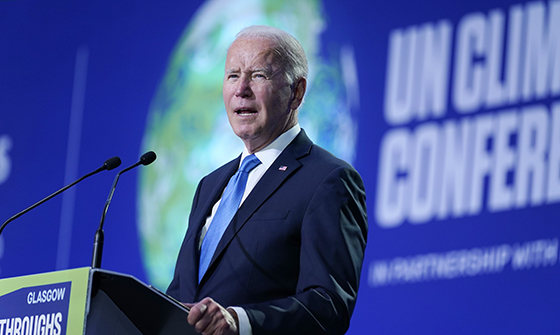 It would be one thing if the shrieking, hysterical predictions of climate doom that inform administration policy that is hostile to America’s oil & gas industry were credible. But the environmental left lost its credibility long ago. That’s because none of the apocalyptic predictions that the eco-left has been spewing for five decades has ever come true.

Time and space permit only a few examples:

In 1967, Professor Paul Ehrlich of Stanford University wrote that it was already too late to avoid a worldwide famine by 1975. We would go on from that prediction into the full flower of our society’s greatest health challenge, obesity.

When I was a kid in junior high school, we were told unequivocally that Lake Erie was totally dead and would never support life again. Fast forward to today and the Nautica Waterfront District on the bank of Lake Erie is billed as, “Cleveland’s Premiere Location to Live, Work & Play.”

In 1974, Time magazine, among others, published lengthy scientific articles describing the crippling ice age that was in the process of descending upon the earth, wiping out numerous animal species and greatly curtailing agricultural output.

By 1988 the tune changed when NASA scientist James Hansen said with absolute certainty that “global warming” would very soon mean miserably long, hot summers, crops burning up in the field and polar ice melt that would raise average sea level anywhere from one to six feet. One “top scientist” predicted that New York City’s West Side Highway would be underwater by 2019. It’s not.

Al Gore told us in 2008 that the Arctic would be ice-free by 2013. As of today, Arctic sea ice covers five million square miles.

In May 2014, Secretary of State John Kerry, in a joint statement with the French foreign minister, declared that we had a mere 500 days to avoid “climate chaos.” I’ll spare you counting the days. May 2014 was nearly 3,000 days ago.

Suffice that it isn’t a stretch to say that doomsday, far-left environmentalism has reached the point that it’s responsible for getting people killed. Curtailment of U.S. oil & gas production via Biden administration executive action has served to raise prices to levels that greatly benefit a net energy exporter like Russia. In practical terms that means that a portion of what you pay for every tank of gas is working its way through world energy markets to help Vladimir Putin finance his murderous adventures in Ukraine.

The inflation to which high energy prices add fuel is serving to weaken the dollar and weaken America’s prestige and standing in the world. Strongmen like Vladimir Putin notice such things.

Leftist environmentalism has been around a long time and has mostly been an expensive nuisance. But now it’s provocative. Today, environmental extremism is weakening the United States while enriching and emboldening the likes of Vladimir Putin and Xi Jingping.

Energy transactions have for a long time been denominated in U.S. dollars. Anymore, the currency is becoming human lives.