Hey, did you hear the one about the election…? 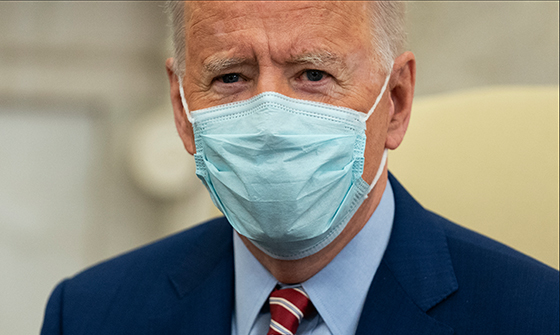 Listen to Hey, did you hear the one about the election…?

My dad had a great sense of humor and one of the things he taught me is that for a joke to be funny, it has to have a basis in truth.

Thus, I was interested to overhear the following at a lunch gathering on Thursday, Feb. 11, 2021 – 100 days exactly since the November 2020 presidential election. Said the jokester at the table next to me:

Hey, did you hear about the Super Bowl? Yeah, they found four mail-in touchdowns and the Kansas City Chiefs have now won it 37-31.”

If it’s true that for a joke to be funny it has to contain a kernel of truth, the truth behind this joke is that with 100 days having passed since the November 3 election, upwards of half of voters believe that Joe Biden’s election victory is like the Kansas City Chiefs’ Super Bowl LV victory.

Which is to say, it didn’t really happen.

The Left – via its near total control of the media, academia, Big Tech, the entertainment industry and the executive suites of the biggest corporations in the country – has done a superb job of placing a tinfoil hat on the head of anyone who still dares to raise questions about the integrity of the November 3 election. The Left insists that all allegations of election fraud have been, “debunked.” Tweet something to the effect that you have your suspicions and your Twitter account is subject to being flagged, suspended or outright deleted. Press your case in certain quarters and you face “cancellation” – in the latest iteration of that word’s definition.

“The courts have found that there was no election fraud,” the lefty pundits say. No reporter ever challenges that statement even though it is demonstrably untrue. No court has made any such finding. That’s because with respect to lawsuits concerning the election filed by multiple parties in courts at every level – including one filed by the State of Texas at the U.S. Supreme Court – not a single evidentiary hearing was ever held. All of the suits were disposed of on procedural or jurisdictional grounds. There was never examination and cross examination of evidence, the means by which disputes are settled in this republic and the very purpose for which our courts were established.

It was reasonable to ask at the time, and it’s reasonable to ask 100 days later, that if the left believes that Biden’s election truly was on the up & up, why such a visceral reaction to anyone who dares even whisper a question about it?

We opined in this space six days after the election that Joe Biden would have been well served to cooperate in getting to the bottom of the concerns raised by the Trump campaign. Had he done so, the country might have been spared the mayhem at the Capitol on January 6 and President Biden might have avoided millions of voters mentally placing an asterisk beside his name.

As things stand, the asterisk remains while resentment still simmers.

And that’s no joke.