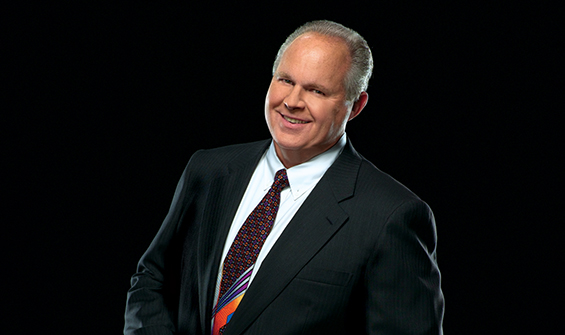 An American icon passed this week. Please indulge me in my recollections of him.

I am proud to say that I was around as the format we now call talk radio was getting started. It was in 1976 and I was an ambitious 22 years old and newly hired at WFAA 570 AM in Dallas. I had just made the jump from being on the air to selling advertising.

My arrival at WFAA coincided with the ascendancy of FM radio and the migration of music listening away from the AM band. The management at WFAA had the foresight to see that it was going to become increasingly difficult for AM stations to compete against FM stations for music listeners. And thus, they made the decision to abandon music altogether in favor of a format called “News/Talk.”

It was, at the time, radical. Unlike music formats such as Top 40 or Country, there wasn’t much of a template. In addition, the format was hobbled by a federal regulation called the Fairness Doctrine, which mandated that broadcasters give time to opposing viewpoints on controversial topics. The practical effect of the Fairness Doctrine was that politics of every stripe were largely avoided in longform programming such as talk shows.

In 1980, Ronald Reagan trounced Jimmy Carter to win the presidency. In 1984, he won 49 states in the greatest electoral landslide since George Washington. In 1987, he signed an executive order that suspended the Fairness Doctrine.

At more or less the same time, former ABC Radio executive Ed McLaughlin heard a talk host on KFBK Radio in Sacramento. Ed knew talent when he heard it and he began acting on a big idea. The conventional wisdom in radio at the time was that listeners wouldn’t listen to a talk show from out of town.

He got Rush placed on WABC 770 AM in New York, which was owned at the time by his former employer and which had, itself, recently abandoned music for talk. Concurrently, Ed began calling AM radio station owners across the country seeking to have them as affiliates to what would become the EIB Network.

Those phone calls gave the AM radio band a much-needed reason to live on.

One station that he called was KTBB AM 600 in Tyler, Texas. The man who owned KTBB at the time didn’t return the call. For lack of interest at KTBB, Rush’s show wound up in East Texas on two weak AM stations – one each in Tyler and Longview – that operated synchronously.

Because I liked the News/Talk format I bought KTBB in 1994 and I quickly came to understand how badly I needed Rush. So, in 1997 I paid just under a million dollars for those two weak AM stations. (I still own one of them.) I told people at the time that I paid a million dollars for the Rush Limbaugh Show and they threw in two AM radio stations at no extra charge.

It was more than I paid for KTBB and the best money I ever spent.

Rush Limbaugh proceeded to help build my company and provide a good living for my family.

You know you’re seeing a master at work when what he’s doing looks easy. I have done enough talk radio to know firsthand that it’s not. Rush’s ability to take a topic du jour, distill it, and extemporize on it at length – all while entertaining – is without peer.

Rush could do an entire three hour talk show – and never have a guest and never take a call – and yet be riveting for all three hours. It is impossible to describe how difficult that is. I know of no one else in the business who can do it – and I know just about everybody in the business.

I have loved radio from the time I was a kid. One of the reasons for that – though I couldn’t articulate it at the time – was its capacity to connect with listeners one-on-one. It was personal between me and that guy on the air, and yet it happened on a mass basis. Radio at its best isn’t one connection with a million people. It’s a million connections with one person each.

Nobody has ever done that better than Rush Limbaugh. And I’m pretty certain that no one ever will.

We’re going to miss you, Rush. God bless you.