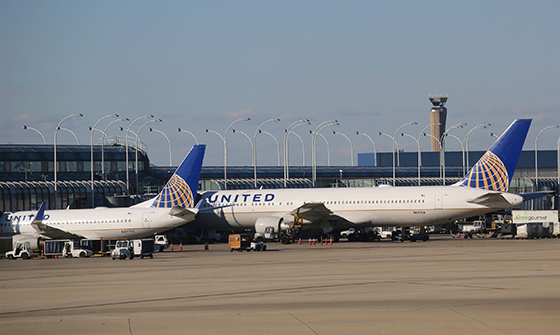 I have been a pilot for 40 years. I hold an Airline Transport Pilot certificate, the highest of the seven levels of airman certificates that the FAA issues. Because of an unusual confluence of circumstances, much of my early flight training took place in the training department at Braniff International, a major airline in its day that was headquartered in Dallas. I have spent an enormous amount of time hanging around airline pilots and I count quite a few of them as friends.

I therefore consider myself qualified to speak on United Airlines’ announcement this week that they intend to reserve, for “women and people of color,” half of the slots for the 5,000 pilots they intend to hire.

First things first. When I say I know a bunch of airline pilots, two that come to mind are women. They’re both damned fine pilots. That’s because they, like every single airline pilot I know, wanted to fly from the time they were kids. So they paid the huge price in time, money and personal sacrifice that is necessary if one wants to become good enough at flying so as to even be allowed to apply for an airline job.

According to the FAA, there are approximately 664,000 licensed pilots in the United States. The vast majority are nowhere close to having the experience, the qualifications and – most important – the natural aptitude that is required for airline flying.

Gaining the experience and the qualifications necessary for airline flying most often entails years of drudgery in low-paying general aviation flying jobs. Many of the airline pilots who don’t come out of the military build the requisite flying time by becoming flight instructors. The vast majority of people – of any gender or ethnicity – who take up flying with an eye toward pursuing an airline career eventually give up. That’s because flying with the level of proficiency and precision that is expected of airline transport-rated pilots is difficult and requires both aptitude and persistence.

The ones who stick it out and earn the right to apply for an airline job tend to be the ones who self-select as pilots because they do, in fact, have the natural aptitude.

All of that helps explain why riding as a passenger on a U.S. airliner is statistically the safest activity that you can pursue – safer than taking a shower or cooking dinner in your own kitchen.

The problem with affirmative action programs is that the numerical goals eventually crowd out what should be the actual goal – which is hiring the best qualified candidates. In a million subtle ways, the shortcomings of a candidate who is barely above or just below the threshold of acceptability start being ignored or glossed over. Some vocations are forgiving of this phenomenon. Airline flying isn’t one of them.

America’s airlines are the envy of the world. That’s due in large part to the fact that the airline hiring process has historically been a meritocracy. Scrapping that, and turning airline cockpits into liberal sociology laboratories, is a monumentally dumb idea.