Which is it, Chuck? 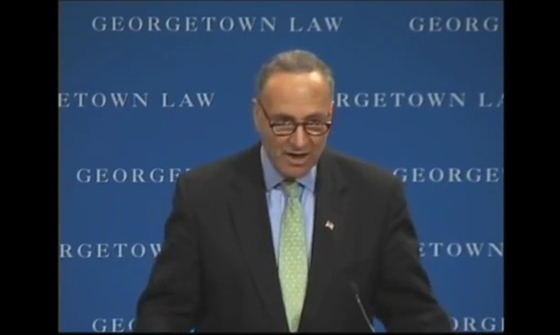 I got my first job as general manager of a radio station at age 27. I look back on that day and realize just how much I knew not that I knew not. But on day one I managed to get one thing right.

That station had potential but it also had problems – some of them urgent. From the moment I arrived, everyone around me offered an opinion – often vehemently – as to what should be done and in what order of priority. I decided to wait and allow myself time to reach my own conclusions based on my own observations. That plan worked well.

It’s a plan that would have served President Biden. In less than two months since taking office, Biden has created chaos on our southern border where the order that was established by his predecessor once prevailed. Illegal border crossings in Donald Trump’s last year in office were at the lowest levels in 45 years.

In literally a matter of days, Joe Biden undid that success. The border is now a huge political liability and the resulting pain that Biden is suffering is 100 percent self-inflicted. The border is the big story of Biden’s first 100 days and not in a way that he and Democrats would like. Democrats are taking a hit on this one.

But it wasn’t always so. At one time Democrats weren’t entirely wrong about everything and they certainly weren’t insane as most of them are now. If you find that hard to believe I can prove it. In June 2009 – not that long ago – Senate Majority Leader Chuck Schumer was speaking at an Immigration Policy Conference at Georgetown Law School. Here is a portion of what he said:

Talk about bipartisan, there’s not a word of that that a Republican couldn’t support.

So, Chuck, with all hell breaking loose on the southern border, if you believed what you said in 2009, why aren’t we hearing from you now? Why are you instead currently co-sponsoring the proposed U.S. Citizenship Act that creates a pathway to citizenship for illegal aliens and rewards the very behavior that you said was “wrong, plain and simple”?

So which is it, Chuck? Is illegal immigration wrong, plain and simple? Or is it no longer wrong because you, like your counterpart in the House, Nancy Pelosi, are now totally cowed by the far-left loon wing of your once respectable party?