Another point of view. 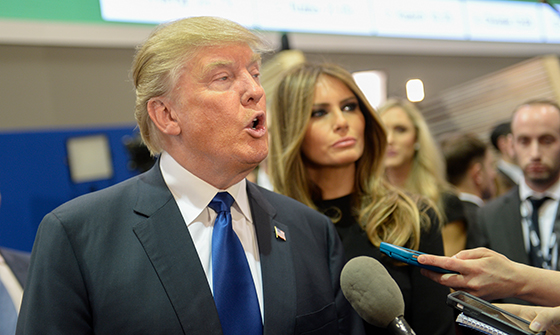 I said week before last that I hope Donald Trump doesn’t run in 2024. Many of you expressed your disappointment in me and lamented that this is the first time you have significantly disagreed with me.

It’s interesting that only a couple of you said so in the comments section at YouTellMeTexas.com. Most of you either called the radio station directly or sent sternly-worded emails.

To you who took umbrage at my lack of support for ‘Trump 2024’ I offer this.

This week at EpochTimes.com, the estimable Conrad Black responds to what can only be called a Donald Trump hit piece in the Wall Street Journal authored by Peggy Noonan (a writer I once greatly admired).

Ms. Noonan says that that while it may be true that Donald Trump was probably the only Republican who could have beaten Hillary Clinton in 2016, it is nevertheless time for Republicans to move on from Trump.

RELATED: Trumpism is here to stay.

In support of that position, Ms. Noonan goes on to say that there is no reason at all to doubt the integrity of the 2020 election; that Donald Trump tried to overturn that election by inciting a riot on January 6; that the January 6 Committee hearings taking place in the House of Representatives constitute a, “…powerful indictment” against Trump; that Trump’s sometimes disagreeable personality aside, his administration was an abject failure from a pure policy standpoint; and that people who once supported Trump are now deserting him in large numbers.

Conrad Black, an avowed friend of Peggy Noonan, disagrees with her on all points.

In support of his position, Mr. Black points out first that the January 6 hearings are a “disgrace” – a kangaroo court in which the very last thing that is being sought is the actual truth. I agree and would add that Americans who are now paying double what they paid this time last year for gasoline and who feel as if they’re being mugged every time they buy food, don’t really give a fat damn about the January 6 hearings.

Mr. Black goes on to detail Trump administration policy successes that include a robust economy, a reversal of the decades-long decline in the fortunes of the American middle class, energy self-sufficiency, rising real incomes that for the first time in memory disproportionately benefitted those on the lower rungs of the economic ladder and a “relatively untroubled international horizon.” He contrasts those undeniable successes with the cascading failures of the current administration.

Black goes on to say that Donald Trump is the only politician since FDR that, “…tens of thousands of people all around the country will stand in the falling snow for hours to see and hear.”

He concludes his piece with this. “Barring terrible tactical errors, of which he’s capable, Trump will be back, and will return much wiser and more formidable than we remember him.”

To which I say, but for my very real fear of those “terrible tactical errors, of which he’s capable,” I would never have suggested that Trump not run.