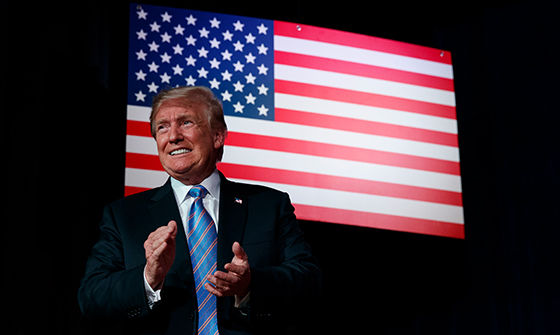 The 1978 baseball season is one that Boston Red Sox fans would rather forget but probably can’t. In mid-July that season, the Red Sox had a 14 ½-game lead over their archrival New York Yankees. Following a manager change when Bob Lemon took over from Billy Martin, the Yankees tore through the American League East. From fourteen and a half back they wound up the last day of the season tied with the Red Sox for the AL East title. A one-game playoff in Boston would see the Yankees down 2-0 in the seventh when shortstop Bucky Dent would launch a three-run homer over the Green Monster to take the pennant.

If you’re a Democrat in 2018, the parallels to the 1978 AL East, though not exact, should nonetheless be disturbing. In 2009 the Dems had the White House, a super-majority in the Senate and control of the House. They also had the media, the movie industry, professional sports, popular culture and virtually all of academe on their side. Their leader – Barack Obama – was smooth, articulate and hip. Dems had the equivalent of a 14-game lead.

But since then, Republicans have torn through the country the way the 1978 Yankees tore through the AL East. The GOP has won both houses of Congress, the White House and more than 1,000 governor and state legislature seats.

Yet throughout most of 2016, conventional wisdom held that Hillary Clinton was as unbeatable as the 1978 Red Sox. That “wisdom,” with its attendant arrogance, did much to bring about the improbable candidacy of Donald Trump. In the last hours of a bitter campaign season, Trump’s three-run homer — the electoral trifecta of Pennsylvania, Wisconsin and Michigan — caused Hillary Clinton’s “insurmountable” lead to vanish like a desert mirage. Here in mid-July 2018, against a backdrop of a strong economy and rising paychecks, predictions of a “blue wave” in the November mid-terms might similarly vanish.

The Yankees of 1978 won the pennant by winning on the margins. Opposing batter leadoff walks turned into leadoff outs. Yankees base runners that had hitherto been stranded on base turned into runs. Opposing ground balls that had been getting through started getting stopped. Two or three more Yankees hitters per game got on base.

Similar success on the margins by Republicans should scare the hell out of Democrats – particularly with respect to African-American voters. A recent Harvard-Harris poll revealed that 85 percent of African Americans want less immigration. Kanye West came out in support of the president and almost immediately support for Trump among black men as expressed in polls doubled. True, it’s still not a huge number. But it doesn’t need to be.

As a 2017 Pew survey reveals if you dig deep, if five percent of black voters switch to voting Republican, and another five percent or so just stay home, the Democrats’ chances of winning elections fall sharply.