A (partial) win for Dems. But no Blue Wave. 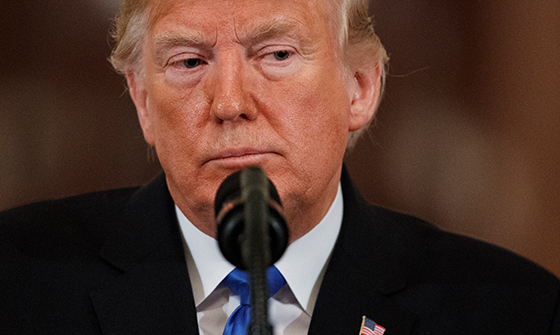 So much for the blue wave. Yes, control of the House of Representatives passed from the Republicans to the Democrats on Tuesday. But not by nearly as much as was being trumpeted by the Left and to no one’s real surprise.

Only twice in nearly a century has a president not seen his party lose seats in his first midterm election: FDR in 1934 during the depths of the Great Depression; and George W. Bush in 2002 in the wake of 9/11. All other presidents have lost seats in their first midterms. Such is the way of American politics. (And therein lies the answer to my post of October 18.)

Given that history, President Trump can be justifiably proud of this midterm and Democrats should be greatly concerned. Bucking historical trends, Republicans actually expanded their majority in the Senate. That would never happen in any election that would bill itself as a repudiation of a sitting Republican president. And though a win is a win and control is control, Democrats nevertheless managed to eke out only a very slim majority in the House.

All of this adds up to an outcome very different from what the Democrats and their elite media enablers were predicting. Almost from the very minute that Donald Trump was declared the winner of the 2016 presidential election, pols and pundits on the left began braying about a “blue wave” in 2018 — a blue wave that would serve as a major step toward setting things right following the aberration of Donald Trump’s election.

Liberal media spin and post-election Democratic talking points notwithstanding, that “blue wave” didn’t happen. By any objective analysis, as compared to historical norms, Democrats significantly underperformed Tuesday. Democratic fantasies prior to election day abounded. They included things such as Beto O’Roark unseating Senator Ted Cruz in Texas, Andrew Gillum taking the governorship of Florida and Stacey Abrams moving into the governor’s mansion of Georgia. None of those fantasies came to pass. Not one bright new liberal face triumphed on Tuesday.

Nor can it be said in any credible way that voters roundly rejected Donald Trump, as was widely hoped for and expected by Democrats and the media. Voters had the chance to repudiate Donald Trump and they did not. Instead, they supported the candidates for whom Donald Trump vigorously campaigned. By every objective measure, the president was a net plus on behalf of Republicans. So much for Donald Trump being a liability for the GOP upon which Democrats may capitalize. The evidence strongly suggests that Donald Trump is the most effective Republican in a generation.

On top of it all is the fact that this midterm served to rid the GOP of a whole raft of squishy establishment types who have proved unsuited to fighting on the Democrats’ terms. The Paul Ryans and the Bob Corkers and others of their ilk are gone. Good riddance. They won’t be missed in 2020.

All in all, Ed Rogers writing in the Washington Post summed it up best Wednesday morning. Democrats won the House. But Trump won the election.