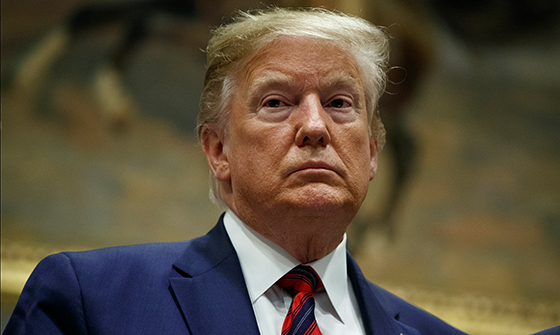 The Mueller Russia investigation, as we know, came up short and obstruction of justice is going nowhere and things are getting a bit desperate.

So, Democrats and the New York Times (but I repeat myself) are throwing the kitchen sink at Donald Trump and they are right proud of themselves for their latest salvo. The New York Times obtained – without question illegally – transcripts of President Trump’s tax returns for 10 years in the ’80s and ’90s. In that time, as the Times breathlessly reports, Donald Trump showed taxable losses of just over a billion dollars and paid no tax in eight of the ten years.

This proves, according to the Dems, two things. One, Donald Trump doesn’t pay his “fair share” in taxes. And two, Donald Trump isn’t the highly successful businessman that he wants everyone to believe that he is.

There are so many places to go with this story. Let’s start with this. Whomever it was at the IRS that leaked any part of any of Donald Trump’s tax returns to any outside party – including the New York Times – committed a felony. Section 6103 of the Internal Revenue Code sets forth the very specific and very limited situations under which the IRS may release information from individual tax returns. The purpose of doing political damage to a sitting president doesn’t qualify.

Be that as it may, it is nevertheless no secret that Donald Trump had deals that went bad. It was widely known that he was in some very distressed real estate investments. Some went bankrupt. Some went into workout.

But here’s what the Times will never report. It’s no mere accident that the tax returns that were selected to be leaked came from that time period. If you want to see an American real estate guy at his worst, pull his returns from the 1980s. Real estate deals were tanking back then. The tax loss carryforwards went on well into the 1990s.

Here’s something else the New York Times will never report. In virtually all cases, those very same developers came roaring back. It took a while. But almost all of them did. One of them was named Donald Trump.

However, Donald Trump’s real estate career – good or bad – isn’t the real story. The real story is that we have been witnessing, since the morning after the 2016 election, an ongoing attempt at coup d’état. This tax return story is just one more in a series of lawless attempts to overturn the 2016 election.

And until someone is indicted for leaking tax information, or lying to a FISA court, or illegally spying on political opponents, or using the IRS to silence them, or unleashing the awesome powers of federal law enforcement to criminalize political opposition – until someone faces actual, tangible punishment – none of this is going to stop.

It’s therefore not an exaggeration to say that the very survival of the republic now rests in the hands of William Barr.