As the worm turns. 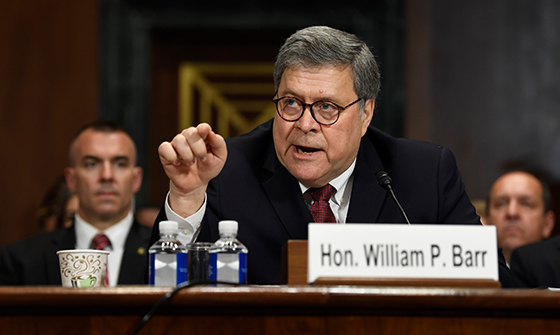 Attorney General William Barr testified before the Senate Judiciary Committee Wednesday on the subject of the Mueller report. Predictably, the session broke sharply along party lines. The same Democrats that behaved so abominably during the confirmation hearings for Justice Brett Kavanaugh returned for an encore with William Barr.

But unlike Kavanaugh, who at one point during his gross mistreatment had to fight back tears, Barr never flinched. And during that hearing, he uttered two sentences that should make the blood of Peter Strzok, Lisa Page, James Comey, Bruce Ohr, Hillary Clinton and a whole cast of other key Dems and DOJ officials run cold.

…what we have to be concerned about is a few people at the top getting into their heads that they know better than the American people.”

He went on to say;

We have to stop using the criminal justice process as a political weapon.”

It’s now clear to any intellectually honest observer that a few people at the top did, in fact, get it into their heads that they know better than the American people. There was no way Donald Trump was supposed to survive the Republican primaries. He wasn’t supposed to win the nomination. But, somehow he did.

No matter, they reasoned. He certainly had no chance in the general election against Hillary Clinton. All the polls said so. Hell, more than a few top Republicans said so.

And yet, the unthinkable happened. Late in the evening of November 8, 2016 it became clear that Donald Trump was going to be the 45thpresident. Top Washington insiders were aghast. Clearly the deplorables and the bitter clingers and the Wal-Mart-shopping, MAGA hat-wearing dunces out there in God-knows-where-America just aren’t smart enough or sophisticated enough to know what’s good for them. Something must be done.

And thus we would come to fully understand that Democrats have no compunction whatsoever with respect to weaponizing the criminal justice process. We have learned that top FBI officials and top DOJ officials were hard at work during the campaign, during the transition and after the inauguration to prevent, derail or overturn Trump’s election. From the Strzok/Page text exchanges we know about the “insurance policy” to keep Trump from being elected.

And, of course, we know about the salacious “Steele Dossier” oppo research — bought and paid for by Hillary and the DNC – that was fraudulently presented to a FISA court as justification for spying on the Trump campaign.

There was collusion alrighty. It just wasn’t between Donald Trump and the Russians.

What we witnessed in Barr’s testimony Wednesday is the turning of the proverbial worm. The “insurance policy” didn’t pay off. Robert Mueller came up with bupkis. Having lost the election, impeaching Trump or forcing him to resign was the only remaining way for these hacks to cover themselves. That plan went ‘poof!’with the release of Mueller’s report.

And now, as Barr signaled Wednesday, the accusers are about to be the accused.