Democrats should listen to Alan Dershowitz. 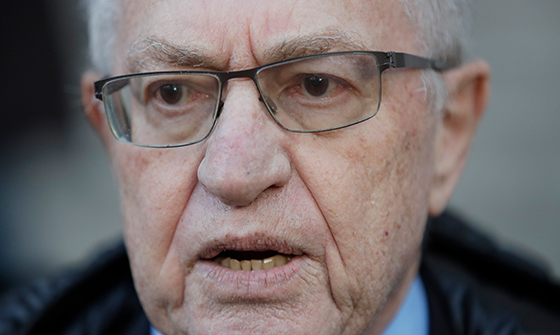 Retired Harvard law professor and avowed liberal Democrat Alan Dershowitz is one of the few sane voices on the Left. He currently warns the House Democrats that if they carry through on their plan to impeach President Donald Trump, they will fundamentally alter the presidency and the operation of the United States government.

Dershowitz correctly argues that an impeachable offense must be a serious crime. In writing Article 2, Section 4 of the Constitution, the framers specifically mention bribery and treason before going on to add, “high crimes and misdemeanors.” Any reasonable person interpreting the word, “misdemeanor” understands that it isn’t used in the Constitution the way we use it today. It doesn’t mean that the president may be removed from office for a traffic ticket. The word, “misdemeanor” as used by the founders refers broadly to criminal acts of a serious nature.

If the current Congress impeaches Trump in the absence of a clearly provable serious crime, it will have created the precedent for the attempted removal of future presidents over partisan policy differences.

And that may be giving today’s Democrats more credit than they’re due. The truth be told, it’s not Trump policy to which Democrats object. It’s Trump himself. They hate the man. And their hatred is clouding their judgement.

But be it policy differences or hatred, it makes little difference. In either case, absent a provable serious crime, the only proper venue for removing presidents is the ballot box. As of this writing, if the voters in the 50 states plus the District of Columbia who hire and fire presidents wish to fire this one, their opportunity is only 369 days away. A decision as to the future of Donald Trump’s presidency made on November 3, 2020 will be much more readily accepted than any disposition thereof made by Congress.

Democrats don’t want to wait that long but they haven’t made the case for a serious crime. Should Trump, in a conversation with the president of Ukraine that included discussion of arms aid, have brought up Ukraine looking into possible corruption involving Joe Biden’s son? One could argue that he might shouldn’t have. But in making that argument, one cannot leave out two important facts.

The first is that Ukranian president Volodymyr Zelensky has stated publicly on numerous occasions that he did not feel pressured by Donald Trump. And the second fact is that the Trump administration wound up delivering the requested weapons to Ukraine without receiving any of the actions from Ukraine that Trump purportedly sought.

We’re on dangerous ground. If this continues, any time Congress is controlled by the opposing party, the president could be threatened with impeachment for minor infractions and insubstantial reasons. It would have a chilling effect on the executive branch and unacceptably alter the balance of power between the nominally co-equal branches.

Democrats today are setting the predicate for the destabilization of all future presidencies. They should recognize that one day, the shoe will certainly be on the other foot.