An elitist pulls back the curtain. 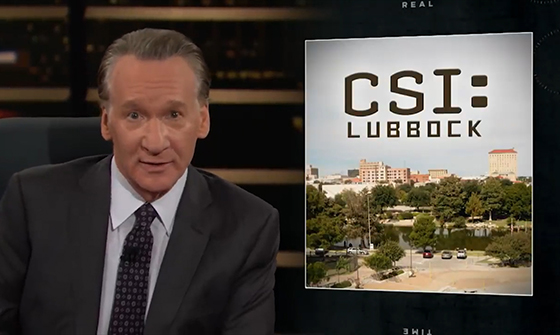 Bill Maher is intolerably superior, insufferably smug and quite frequently disgustingly crude. At an angry F-bomb-laced “comedy” show rant in Dallas in March 2011, he called Sarah Palin a word that rhymes with ‘punt.’ “There’s just no other word for her,” he said.

I cannot stand the guy.

But I’ll give him credit. Last Friday on his show, he at least provided some clarity. He pulled back the curtain and allowed us an unobscured view into the 21stcentury elitist liberal mind. In a monologue segment he floated the concept of “spatial geographic inequality.” And by that he meant that hip, liberal coastal enclaves like San Francisco, Hollywood, New York, Washington, etc. are home to sophistication that is conspicuously lacking in places like, say, Tyler and Longview, Texas – and that we rubes stuck living here are envious. Said Maher:

The blue parts of America are having a big prosperity party while that big sea of red feels like their invitation got lost in the mail. And they still use the mail.

There’s no ‘Real Housewives of Toledo” or “CSI Lubbock.’ There are no red carpets in Wyoming and no one ever asks you, ‘Who are you wearing?’ Because the answer is always…Target.

There are two Americas and it seems like one is where all the cool jobs are, where people drive Teslas and eat artisanal ice cream. We have orchestras and theater districts and world class shopping. We have Chef Wolfgang Puck. They have Chef Boyardee.”

And so on and so forth in dripping, snotty, snobby condescension. As I say, give him credit. We now know with absolute clarity that people like Maher don’t just condescend to, but actually loathe, people like us.

Fully rebutting Mr. Maher would take more time and space than we have. Given that time and space, we could talk about the drug needles and piles of human feces in ever-so-hip San Francisco. We could talk about liberal-run cities that are teetering on the brink of financial ruin even as they impose taxes so crippling that the wealthiest and most successful are packing up and leaving.

We could talk about the crime, drugs, poverty, crumbling infrastructure and taxation that are driving people out of hip, blue California and into red and oh-so-unsophisticated Texas.

Bill Maher mistakenly believes that people like us are envious of places like New York, LA and San Francisco. He thinks we’re envious of people like him. And that’s why, he says, we lashed out and voted for Donald Trump.