It’s more fundamental than just a choice between Trump and Biden. 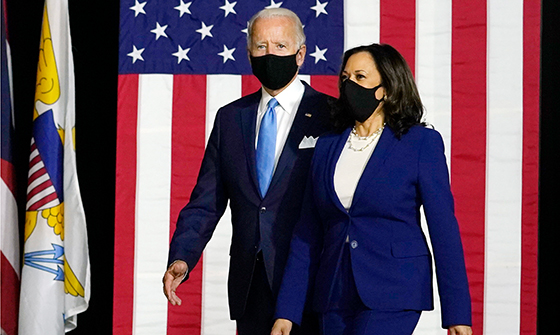 Last week, Joe Biden called for a nationwide mask-wearing mandate to last “three months at a minimum.” Depending on which “expert” you ask, wearing a face mask either is or is not an effective means for slowing the spread of COVID-19. I have heard good-sounding arguments on both sides.

But assuming that it is a good idea, Biden didn’t explain how he proposes to obtain the legal authority to impose and enforce such a mandate. To my knowledge, there is no statute or constitutional provision on the books that empowers anybody in government to demand that we the people do anything just because they say so.

A king issue edicts. In a constitutional republic, the people’s representatives pass laws.

That’s bedrock principle among conservatives. But among leftists, it’s a technicality – and one that they are increasingly comfortable sidestepping. Leftists by and large believe that if they think it’s a good idea, and if it can be cast in such a way as to give it a virtuous ring, the authority to mandate is implicit.

But let’s nevertheless give Biden credit. He did us a favor in that he revealed the choice we face this election between the leftist impulse to centrally command and control almost every aspect of our daily lives vs. the individual liberty to live our lives as we see fit.

That divide has never been more stark. Thanks to a combination of Trump hatred and a complicit, corrupt media, the Democratic Party has been drawn far to the left and their agenda includes a long list of things that the government is either going to tell us that we can’t do or that we must do.

Among the ‘can’t dos’ are plastic straws. They’re gone. Fracking for oil and gas production; out of here. Your gasoline powered car, truck or SUV; sayonara. Under the command & control lefty vision of America held by today’s Democrats, you’ll drink your Diet Coke in the way they prescribe, the government – and not the market – will dictate energy sources and you’ll drive what they tell you you can drive.

But certain things we will absolutely have to do. If you’re hiring an employee, the payment arrangement to which you and your employee agree will be subject to government approval. The government – and not the market – will decide what constitutes a “fair” wage. The government will dictate what health insurance you must buy whether you like it or not. They almost got this done once. They won’t let it slip from their grasp a second time. (Nor will they pretend this time that you can keep your doctor.)

Joe Biden revealed a lot in that mask statement. He made clear that it’s not really a choice between him and Donald Trump. It’s a choice between bottom-up government constrained by the necessity of possessing the consent of the governed; or top-down government controlled by an elite cabal who see themselves as overlords.

In other words, a choice between liberty and tyranny.