The pandemic affords us a long-overdue examination of our schools. 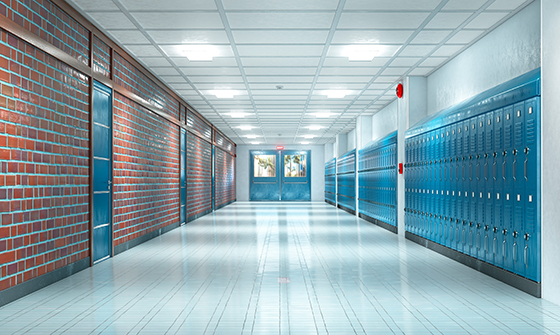 The coronavirus has disrupted many institutions central to our daily lives, perhaps none more so than our schools. As we speak, the debate rages as to whether or not students should physically return to campuses this fall.

Since that debate is now front and center, and since the core mechanisms for delivering education are undergoing intense examination, now is an excellent time to examine the core curriculum while we’re at it.

This summer’s civil unrest, the extreme polarization of the electorate, the precipitous decline in the respect we have for our basic institutions and the now insufferable dishonesty of the “mainstream media;” all combine to strongly suggest that such an examination is long overdue.

We are living with the product of a transformation of American public education that began in the 1960s and the results are not pretty.

It is now undeniably obvious that a high percentage of our population has been taught in school that America is irredeemably flawed from its very founding. Untold millions of school children have been taught that the institution of slavery – that the American colonists inherited from Europe – constitutes original sin for which there can never be adequate penance.

Millions of nominally well-educated people have been taught that our free-market, capitalist economic system is fundamentally unfair in that it preys upon the poor for the benefit of the rich.

Those same people believe that five centuries of advances and accomplishments in the areas of art, music, literature, physics, astronomy, life sciences, law, government and medicine brought about by people of western European descent are all illegitimate because of “white privilege.”

These misconceptions abound in our schools for the simple reason that education in America has, to a large degree, been hijacked by leftists.

Here’s what those leftists don’t teach.

They don’t teach that Great Britain’s record on slavery is orders of magnitude worse than that of the United States. They don’t teach that America ended slavery within one human lifetime of its founding even as slavery continues to this day in many corners of the world.

They don’t teach that free market capitalism has lifted more people out of poverty than any other economic system ever devised. Nor do they teach that socialism has failed every time it has been tried.

The leftists that run too many of our schools never acknowledge that many of the institutions of Western culture that they so loudly decry have been enthusiastically embraced and emulated by societies of every race on every continent on the planet.

It’s clear that we have public education problem. So, since we’re looking so closely at how kids should go to school this fall, perhaps it’s time to drill deep into what they’ll learn when they get there.